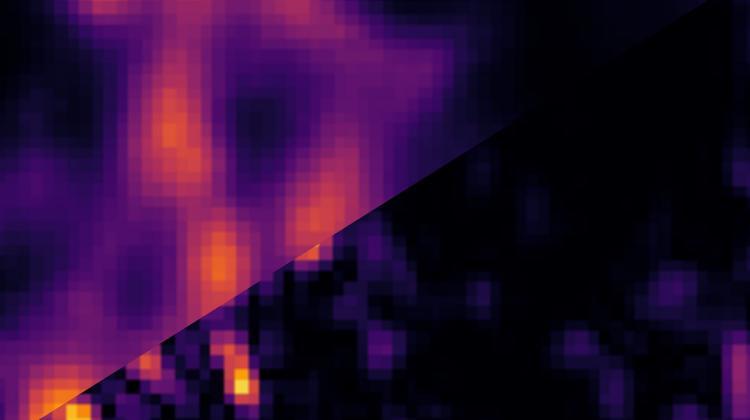 A Polish-Israeli team led by Dr. Radek Łapkiewicz from the Faculty of Physics, University of Warsaw has presented a new, revolutionary microscopy method, which theoretically has no resolution limit.

Advances in biological sciences and medicine require the observation of increasingly small objects, for example, the structure and interaction of proteins in cells. The observed samples should not differ from the structures that occur naturally in the body. Therefore, too aggressive procedures and reagents may not be used.

A traditional optical microscope has insufficient resolution. Due to the wave nature of light, such a microscope cannot image structures smaller than about 250 nanometers (half the wavelength of green light). Objects located closer to each other are no longer distinguishable. This is called diffraction barrier.

The electron microscope has a resolution several orders of magnitude greater than the optical one, but can only observe dead objects placed in a vacuum, bombarded with an electron beam.

To make it possible to study living organisms is a super-resolution fluorescence microscope (research into the development of this field of imaging won the Nobel Prize in 2008 and 2014).

According to the Foundation for Polish Science (FNP), several fluorescence microscopy methods already exist. The PALM, STORM and STED methods make it possible to achieve huge resolutions and distinguish between objects that are only a dozen or so nanometers apart. But they requite a long exposure time and complex preparation of biological samples. In turn, SIM or ISM microscopy methods are easy to use, but with a significantly limited resolution: they allow scientists to view structures only twice smaller than the diffraction barrier.

Dr. Radek Łapkiewicz from the Quantum Optics Laboratory at the Faculty of Physics of the University of Warsaw and Aleksandra Środa and Adrian Makowski (both PF UW students), together with Dan Oron's team from the Weizmann Institute in Israel, have now improved the existing ISM method and developed a new technique named Super-resolution Optical Fluctuation Image Scanning Microscopy (SOFISM).

“SOFISM does not have a theoretical resolution limit, but in our work we presented the results that were four times better than the diffraction barrier. We also showed in the article that the SOFISM method has a high potential when it comes to imaging 3D biological structures.”

From a technical point of view, the method developed by the Warsaw physicists is very accessible. Only a slight modification of the confocal microscope commonly used in laboratories (replacement of the photomultiplier with the SPAD array detector), a slight extension of the measurement time and a change in the data processing procedure are required.

Łapkiewicz said: “Until recently, SPAD arrays were expensive and their parameters were not sufficient for applications like ours. This situation has changed recently. New SPAD detectors have been available since last year, in which both technological and price barriers have been removed. Therefore, we believe that in a few years fluorescence microscopy methods such as SOFISM may be commonly used in microscopic research.”

The publication in the journal Optica is available at: https://www.osapublishing.org/optica/abstract.cfm?uri=optica-7-10-1308

The research was carried out under the FIRST TEAM programme of the Foundation for Polish Science, financed from European funds under the Smart Growth Operational Programme. The FIRST TEAM programme allowed young scientists to build their own research teams and conduct original scientific research. The funds were awarded in a competition. Dr. Łapkiewicz won a grant in the FIRST TEAM programme in 2017 and received nearly PLN 2 million for building a team and conducting research. Earlier, in 2016, Dr. Łapkiewicz won a prestigious stipend in the START programme of the Foundation for Polish Science, awarded to the most talented young scientists in Poland.