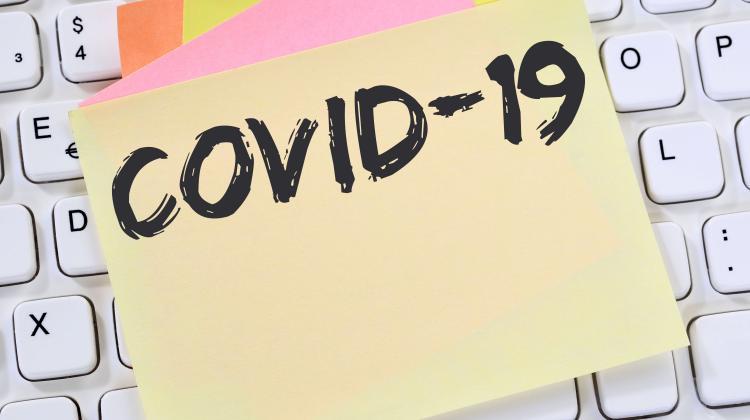 A Polish professor has hit out at social media saying people now rely more on Facebook for information about coronavirus than informed sources.

Tomasz Grzyb, a professor at the SWPS University of Social Sciences and Humanities said that instead of looking for new information about the killer virus, people already think they know everything and rely instead on the views of peers or online commentary.

He said: “People who generally have a certain fearful vision of reality are also significantly afraid of the coronavirus. In turn, if we have people who, for example, were previously inclined to believe in various conspiracy theories and forces that rule the world, now it is much easier for them to believe that the pandemic is a +plandemic+.

“You could see it most clearly in the first days of the pandemic, when it was completely unclear how to behave. A significant signal showing how it works were people storming shops, temporary pasta and toilet paper shortages, which became a basic necessity in every latitude. Those were the moments when we saw that on a rational level people understood that it did not make sense, but since everyone was doing it, they too wanted to stock up.”

He added: “The situation has certainly stabilized in the sense that we less often search for information about this virus. The data showing the queries in the most popular search engine indicate that there was a very high peak of entries related to the coronavirus when people searched for information about it in March and April. This indicator later decreased significantly and is now relatively low.”

This situation, he says, has now changed and we no longer look for information about the coronavirus, because we believe that we already know everything.

“Unfortunately, this information is very often consistent with your expectations, so, for example, if you are convinced that, in general, one should not be afraid of diseases, only eat onions and garlic like grandma said, then you will most likely receive information that supports this view.

“It does not change the fact that this information is usually a complete nonsense. A popular saying goes: for every complicated question about the cause of a phenomenon, there will most likely be a simple answer that will explain everything and be completely nonsensical. These are the answers we very often receive and unfortunately believe in.”

He went on: “We know that taking care of our own health has various dimensions, sometimes it is reasonable, for example wearing masks, washing hands more often, avoiding large groups of people, and sometimes less reasonable, like eating a lot of garlic or, in extreme cases, rinsing the throat with bleach.”

The professor also noted that the decline in health benefits recorded in recent months may have two sources.

He said: “One is that it is simply much more difficult now to make a doctor's appointment. On the other hand, there are certainly some people who think that their symptoms can wait. In a normal situation they would see a doctor, and now they think it is risky,” adding that the number of cancer treatments started during the pandemic dropped by 60% at one point.

He said: “Simple logic dictates that it is not possible that the incidence of cancer has decreased, so this is most likely because people either have a bigger problem with receiving care or are simply afraid to go to the doctor and decide that they can wait a bit longer, which is extremely risky and dangerous in such situations', the expert emphasises. (PAP)