Genetic conditions may be responsible for severe cases of COVID-19, says new study 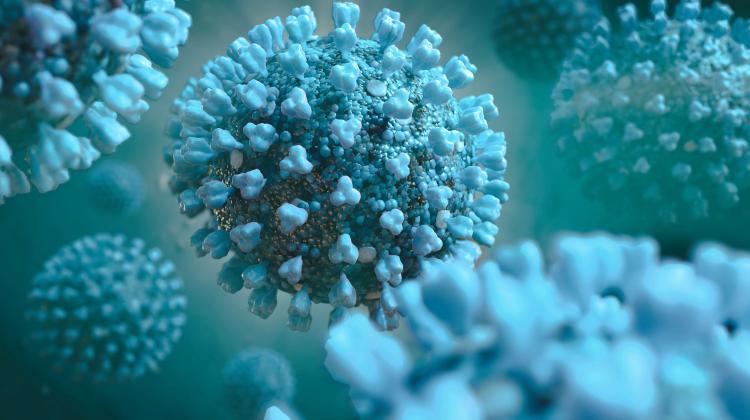 Severe cases of COVID-19 may be caused by congenital defects of the immune response, especially those related to type I interferon, research by an international team with the participation of Polish scientists shows. The first results have been published in the prestigious scientific journal Science.

While most people affected by COVID-19 have asymptomatic or mild disease, some develop the full spectrum of symptoms in a very severe form. However, it is still unknown what determines the severe course of the disease.

Two papers on this subject have been published in Science. One of them presents the first results of studies on the genomes of COVID-19 patients, led by the COVID Human Genetic Effort consortium (covidhge.com). Its members are over 200 institutions from all over the world, including Polish units: the Central Clinical Hospital of the Ministry of Interior and Administration in Warsaw (the research was initiated by Dr. Zbigniew Król), the laboratory of the Department of Molecular Biophysics of Adam Mickiewicz Univesity and MNM Diagnostics (the team leader is Dr. Paweł Zawadzki).

Authors of the paper, including researchers from Rockefeller University, decided to check if innate immunodeficiencies could be causing the severe course of COVID-19. We already know that some variants of genes (such as TLR3, IRF7, IRF9) involved in the interferon type I immune response influence the severe course of influenza pneumonia. This information was the basis for the research, Dr. Paula Dobosz from MNM Diagnostics explains in a press release.

Interferons are part of innate immunity. They kick in before the immune system makes the proper antibodies. They are known to play an important role in immediately increasing the resistance of cells to several viruses. Experiments by Charles M. Rice of Rockefeller University showed that this was also true for SARS-CoV-2: human fibroblast cells with mutations affecting the type I interferon pathway were more susceptible to the virus and died more often - and faster - than cells without these mutations.

In the course of their work, the scientists first analysed the results of extensive research into the molecular details of influenza and selected 13 genes known to be critical in defending the body against the influenza virus. These genes manage type I interferons. They have been added to the list of genes potentially important in the course of COVID-19.

The researchers then began analysing the genomes or exomes of two groups of patients. The first group consisted of 534 patients with mild COVID-19, the second - 659 patients with very a severe course of the disease (14 percent died). In the second part of the study, the researchers tested their hypotheses on human fibroblast cell lines exposed to SARS-CoV-2 infection.

It turned out that a significant number of people with severe disease had rare variants of 13 genes, and more than 3.5 percent patients with severe course of the disease had at least one pathogenic variant from the investigator-selected gene list, in contrast to those in the mild COVID-19 group. Further experiments showed that the immune cells of these patients did not produce any detectable type I interferons in response to SARS-CoV-2.

In turn, a study of 987 patients with life-threatening pneumonia caused by COVID-19 showed that more than 10 percent had autoantibodies to interferons at the beginning of the infection. Most of them, 95 percent, were men. Biochemical experiments confirmed that these autoantibodies can effectively inhibit the activity of type I interferon.

In some cases, they can be detected in blood samples taken before patients are infected; in others they were found in the early stages of infection. These autoantibodies appear to be rare in the general population. Out of 1,227 healthy people selected at random, only four had them.

In both severe disease groups, the effect was essentially the same: the patients lacked type I interferon, a set of 17 proteins necessary to protect cells and the body from viruses. Whether the proteins have been neutralized by autoantibodies or not produced in sufficient quantity due to a defective gene, their ineffectiveness appears to be the common denominator in the particularly at-risk COVID-19 subgroup.

"These findings provide compelling evidence that the disruption of type I interferon is often the cause of life-threatening COVID-19,” says Jean-Laurent Casanova of the Howard Hughes Medical Institute. “And at least in theory, such interferon problems could be treated with existing medications and interventions.”

Two types of interferons are already available as drugs and approved for use in the treatment of certain conditions, such as chronic viral hepatitis.

The HGE consortium's research is still ongoing. Scientists are still looking for genetic variations that can affect other types of interferons or additional aspects of the immune response in COVID-19. You can still join the global research project - the form is available at: https://odporninacovid.pl/