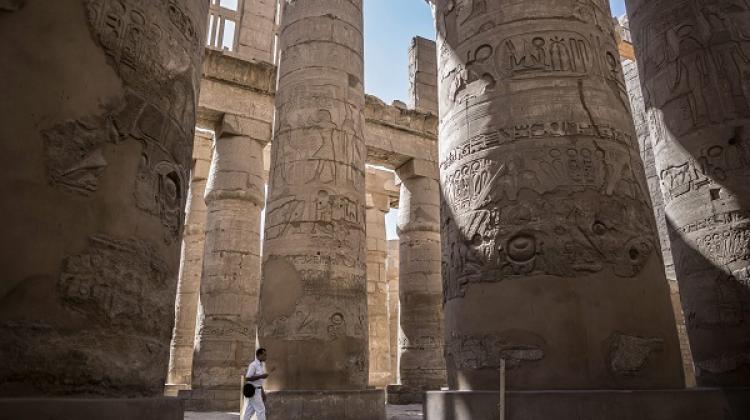 Unlike priests of the great monotheistic religions of today, Egyptian priests were not religious leaders who had the role of preaching the principles of faith. Many of them did not work only for the temple, but for their own benefit, says historian Dr. Joanna Wilimowska.

Unlike priests of the great monotheistic religions of today, Egyptian priests were not religious leaders who had the role of preaching the principles of faith. Many of them did not work only for the temple, but for their own benefit, says historian Dr. Joanna Wilimowska.

Not all Egyptian priests were well versed in religious doctrine. Although many of them formally belonged to the priesthood, their functions did not have much to do with worship and rituals. This aspect of their activities is often overlooked when describing the ancient Egyptian clergy.

Dr. Joanna Wilimowska from the University of Warsaw who is studying priests in ancient Egypt said: “A particularly interesting period is when the Ptolemies, the dynasty descended from Ptolemy I Soter (one of the Macedonian commanders of Alexander the Great) began to rule in Egypt.

“Many modern opinions about ancient Egypt are based on classical, Greek sources. This is not first-hand information, so as part of my project I will analyse the situation of the Egyptian clergy under the Ptolemaic rule on the basis of both Greek and demotic texts.”

The Ptolemaic period was a time when Greek gradually became the official language in Egypt. It is from such texts that the descriptions of priests and their work are known. Some historians point out that Greek texts are not always reliable.

Demotica is the ancient Egyptian script initially used for administrative, trade, correspondence, legal, and note-taking purposes. Archaeologists and discoverers who have been conducting excavations in Egypt for hundreds of years have excavated thousands of such texts written on papyri or ceramic shells (fragments of broken vessels were used as handy notebooks 2,000 years ago).

But it was only in recent decades that these texts entered the scientific circulation, i.e. they were published or placed in digital databases.

Dr. Wilimowska said: “The last extensive scientific study on Egyptian priests in the Ptolemaic period was published at the beginning of the 20th century. It was based virtually only on Greek texts. My goal is to read the texts written by the Egyptians. We will explore the priesthood from their perspective, because even though Macedonians took power, the clergy was still dominated by the Egyptians.”

She added that she wants to focus not on worship and rituals, but mainly on the non-religious activity of priests in temples and beyond. She will also analyse their economic status: property, sources of income, financial matters, and their social relations.

The most important duties of priests were related to the religious function of temples: they performed daily rituals, sacrifices, participated in festivities and processions. At the same time, many of them could perform other, secular functions in the sanctuaries, for example they managed temple finances. The research goal is to gather all the professions and functions performed at temples in Ptolemaic Egypt.

The researcher said: “The Egyptian temples in fact were thriving enterprises. The priests, especially in the more important temples, were engaged in agriculture, crafts or trade. My research will also include employees of the funeral business: embalmers who prepared mummies.”

Priests belonged to the most important groups in Egyptian society and were representatives of the elite in the Ptolemaic state. Their positions were sometimes inherited.

“It really paid off to be a priest. They were, for example, entitled to tax breaks. Besides, it was a prestigious group, among other things because of the knowledge of the script, which was not common,” Dr. Wilimowska said.