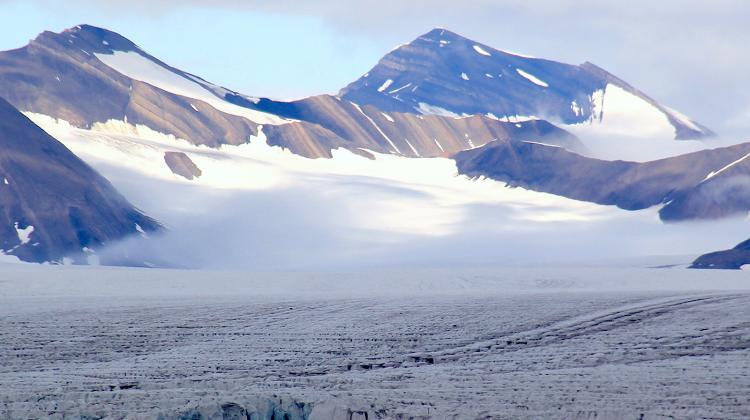 Glaciers on the Svalbard archipelago are increasingly more likely to melt because of a lack of compacted snow, scientists have found.

With the help of a high-resolution climate model and data from the Polish Polar Station Hornsund in Spitsbergen, co-author Dr. Bartłomiej Luks from the Institute of Geophysics of the Polish Academy of Sciences and his team found that the recrystallized snow from previous seasons, which stops melting water from flowing into the sea, receded to its critical height in the mid-1980s, leaving much of Svalbard's surface without a protective layer.

Brice Noël, first author of the report published in Nature Communications, said: “That started a period of steady mass loss. However, we shouldn’t call it a tipping point yet. Between 2005 and 2012, Svalbard mass loss slowed down considerably, due to some colder summers with average melt. But we have seen steady mass loss again since 2013.”

Glaciers cover about 60 percent of the Svalbard archipelago, the largest island of which is Spitsbergen. They could survive yearly temperature fluctuations as long as they were covered with compacted snow. But Svalbard's glaciers are relatively flat and mostly located below 450 meters above sea level.

The authors of the article explain that the compacted snow layer acts as protection for the glaciers in two ways. First, it stores meltwater that is produced in summer, allowing it to refreeze instead of running off into the sea. In addition, it reflects much more sunlight than the darker bare ice underneath. That means glaciers without a layer of compacted snow absorb more sunlight, causing them to melt even faster.

According to the researchers, the compacted snow line now fluctuates around the critical height of 450 metres above sea level, which makes Svalbard glaciers highly vulnerable to further warming. In the warm summer of 2013, at least 80 percent of the glacier area experienced surface mass loss, with meltwater runoff more than doubled compared to previous years. In July 2020, Svalbard experienced record high temperatures again.

According to Dr. Noël, if the current warming persists, it will be extremely difficult to avoid further mass loss of Svalbard glaciers.