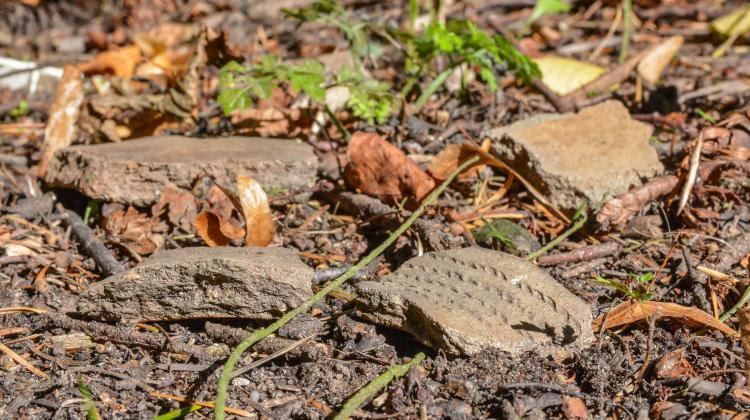 Foresters in Elbląg have stumbled upon a Neolithic settlement after discovering some broken pottery fragments.

The foresters alerted officials from the regional conservator of monuments office after finding the fragments while walking through the forest.

The experts quickly realised they had come across an historical goldmine after an examination of the artefacts revealed they dated back to around 3000-2000 BC.

Spokesman for the Forest District in Elbląg Jan Piotrowski told PAP: “The research carried out in early September in the Elbląg District Forest has resulted in the discovery of a large number of artefacts that have been initially dated to the end of the Neolithic period.

“Among the relics are fragments of ceramics, flint and stone tools including a mill for grinding corn.”

It is thought that the tools once belonged to the ancient Rzucewo people, who inhabited the south-eastern shores of the Baltic Sea. Although little is known about them, they appeared to specialise in amber, and had a diet rich in seal meat.

The discovery was reported to the provincial conservator of monuments, who inspected the site in cooperation with archaeologists from the Museum of Archaeology and History in Elbląg and the University of Warsaw.

Based on the amount and type of found materials, specialists made a preliminary determination that the foresters had most likely found a Neolithic settlement. A few weeks later, archaeologists from the University of Warsaw came to the site to carry out the survey work.

'Survey research carried out in early September in the Forest District Elbląg provided a large number of artefacts that can be preliminarily dated to the end of the Neolithic. The objects include fragments of ceramic vessels, flint flakes, as well as stone tools, including a grinder and a quern-stone', explains Jan Piotrowski.

The materials are believed to have come from the Rzucewo culture of the 3rd and at the beginning of the 2nd millennium BC, active on the south-eastern shores of the Baltic Sea and known mainly for the specialized processing of amber, as well as varied nutritional economy, rich in seal meat.

Piotrowski said that reasons for the settlement being located in what is now a forest remains a mystery but stressed that the find is of historical significance as very few Rzucewo settlements have been found, despite their ancient land stretching along the coasts of Poland, Kaliningrad and Lithuania.

Aleksander Klecha, an archaeologist from Warsaw University also working on the site, added that much of what is known about the Rzecewo people comes from pre-war studies so this year’s find has additional importance.

Archeologists will know continue excavating the site, the location of which is being kept secret to ensure treasure hunters don’t interfere with the research.