Poland needs to change its way of thinking if it’s going to have a role in science diplomacy, says political scientist 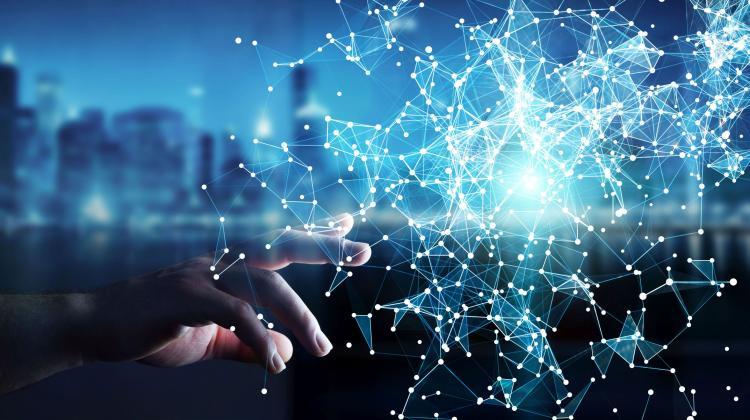 The US excels in attracting the best scientists from around the world, the UK strives to become a global innovation leader, France has an extensive network of advisors and scientific attachés. Political scientist Dr. Monika Szkarłat talks about the role of science diplomacy and the importance of science in foreign policy.

“We already know that disseminating knowledge about history and culture and encouraging people to learn the Polish language are important pillars of the promotion of Poland abroad. But when it comes to science, we still have a lot of catching up to do,” says Dr. Szkarłat from the Maria Curie-Skłodowska University.

“Although in the declarative dimension, science diplomacy is mentioned as a goal of Polish foreign policy and an area of activity of diplomatic and consular services, it is in fact difficult to talk about a well-thought-out and coordinated Polish science diplomacy,” she says. In her opinion, a successful science diplomacy is one that has precisely defined goals and responds to the needs of the state's foreign and science policy.

“Science diplomacy is an example of new thinking about diplomacy,” she continues. “It is a departure from the traditional perception of club diplomacy, which takes place in the privacy of diplomatic missions, towards networking diplomacy.”

Author of an article on science diplomacy in the journal Humanities and Social Sciences Communications, she went on: “Science diplomacy can be used to build a positive image of the country. It is an element of the state's soft power.”

Dr. Szkarłat gives the example of countries such as France and the United Kingdom, which are aware of the potential of science diplomacy and focus their efforts on increasing the attractiveness of the research and higher education sector. This results in the interest of foreign students and scientists. On the one hand, it is a classic example of the brain gain phenomenon - acquiring talent, but it also serves as an instrument for creating the desired perception of the country abroad. “Thanks to this, these countries not only build their innovativeness, but also create a positive image - as a reliable partner, open to the international community, one that  values high quality of scientific research,” says Dr. Szkarłat.

The researcher notes that comparing the models of science diplomacy of different countries does not make sense. These models are based on completely different experiences and specificities of individual countries. In her opinion, however, it is worth looking at the experiences of other countries and adapting their interesting solutions to individual conditions.

She argues, for example, that the goal of the UK is to become the most innovative economy in the world by 2030. Brain gain is part of this strategy. The British have policy tools to attract undergraduates, PhD students and researchers and enable them to pursue a career in science. The new assumptions of the visa policy are also designed to help in this effort.

However, when it comes to brain gain, according to the political scientist, the US is the champion so far. She says: “Many American Nobel Prize winners were not born in the USA, but were sucked in by the US system. So successfully, that thanks to the research conducted there they received the highest scientific distinction.”

France, on the other hand, focuses on the marriage of development and science policies in science diplomacy. “The activities are addressed to the countries of the South, especially former French colonies,” she says. She adds that the French operate through an extensive network of 5 scientific advisors, 71 scientific attachés and 70 lower-level officials. Their tasks include representing the research community in the host country, finding partners for joint research activities, creating links between scientists and promoting French science in the host country. French diplomacy is also supported by over 150 archaeological missions in 60 countries and by 27 research institutes specializing in humanities and social sciences (coordinated jointly by the Ministry of Europe and Foreign Affairs and the CNRS - the National Centre for Scientific Research).

Other activities in the field of science diplomacy include networking in international groups. Its aim is to promote the candidacies of experts from a given country, so that they can be elected to advisory and opinion-making bodies of an international organization or participate in the creation of expert opinions that will later be used in decision-making. Thus, it is a tool for the country's real influence on the course of the decision-making process and the shape of the final decision.

Another instrument of scientific diplomacy says Dr. Szkarłat, is seeking the choice of a country as the seat of the largest possible number of international scientific institutions or international research centres. “This builds the image of a state that cares about the high level of scientific research,” she says.

She goes on to say that various entities are active in the area of science diplomacy. Traditionally - in addition to the Ministry of Foreign Affairs and the diplomatic and consular service, the Ministry of Science and Higher Education or the ministry responsible for innovation policy - there are also executive agencies responsible for financing science and higher education (in Poland these are NAWA, NCN, NCBR), academies of sciences and university units dealing with international cooperation, but also businesses, foundations, associations, research teams and individual scientists.

Szkarłat notes that Poland does conduct activities that fall within the scope of science diplomacy. She gives the example of the Ministry of Science activity in the field of international outreach of science, international research cooperation and programmes of the National Agency for Academic Exchange. She adds that few diplomatic missions have units responsible for science diplomacy. This includes the Polish embassies in Washington and Tokyo.

However, according to the researcher, the challenge is still the lack of clearly defined goals and a coherent science diplomacy strategy. She says: “There are no designated units, for example within the Ministry of Foreign Affairs, that would be responsible for this and ensure the implementation of specific tasks.” In her opinion, we should return to the concept of inter-ministerial coordination of activities aimed at promoting Poland abroad, including science diplomacy. “The benefits of science diplomacy are not immediate, but in the long term they bring tangible results. And the rate of return is high,” she says.