Migration caused by drought to increase within Europe, says expert 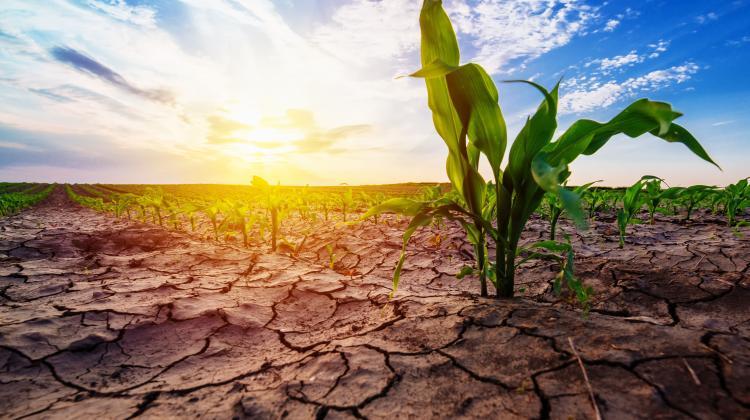 Migrations caused by drought take place not only in Africa or the Middle East, but also within Europe. Population movements related to no access to water will intensify in the coming years, argues Dr. Karolina Sobczak-Szelc from the Centre of Migration Research at the University of Warsaw.

Climate change caused by greenhouse gas emissions increasingly contributes to extreme weather events. The rising global temperatures intensify the phenomenon of drought and, as a consequence, have an impact on regions that used to be suitable for cultivation. There is also a problem with the provision of drinking water. Lack of access to water, in turn, contributes to the migration of people.

“Such population movements take place even in Europe, especially in Spain and southern France. Sometimes these are only temporary migrations related to disasters, for example great fires, to which drought contributes,” says Dr. Karolina Sobczak-Szelc, a geographer from the Centre of Migration Research at the University of Warsaw and expert in the #UWażniNaSuszę campaign.

Scarce rainfall and high temperatures affect agriculture and shepherding first. It becomes impossible to grow even those plants that do not require much water; this is the case, for example, with maize. Two years ago, in some regions of Lower Silesia, harvesting was not viable for farmers because the crops were insufficient due to the drought.

In 2015, a large fire killed half of a Spanish goat herder’s herd. He could not afford insurance, so he lost a large part of his assets and went abroad to work. Some time later he returned, but after a few years he finally ended his activity and moved to Switzerland.

Examples show that consequently more and more farmers and shepherds abandon their profession, because it becomes too demanding and often unprofitable. Some of them migrate to cities. At the moment, there are no migrations in the form of a great exodus in Europe.

Dr. Sobczak-Szelc said: “Environmental migrations are most often not associated with moving to other countries or continents, but rather to the closest places where people can find work.”

She adds that it is often difficult to clearly point to drought as the reason for migration, because the causes are complex and overlap.

In many regions of southern Europe, including Spain and Serbia, entire villages are being abandoned, but this is happening gradually. There are many reasons, one them being reluctance to work in agriculture, which is becoming less and less profitable today. Some people look for alternative sources of income, for example agritourism.

Sobczak-Szelc says: “Drought-related migration is often a hidden migration and it is difficult to count the people who are affected.” It does not change the fact that this phenomenon will intensify from year to year due to climate change and rising temperatures.

However, migration from the countryside caused by drought can be limited by investing in various solutions. The geographer points to small retention (for example in the form of small water reservoirs that keep water in the area), and access to economical irrigation methods. Another solution is adapting crops to the local conditions of the natural environment, which are also changing.

Droughts largely affect the inhabitants of Africa and the Middle East. According to Dr. Sobczak-Szelc, we should expect an increase in migration to Europe from these directions in the coming years. She emphasises that most migrations take place over short distances, within one country or to a neighbouring country. That is why the largest refugee camps in the world are located in areas with population movements: in Darfur in northern Kenya, in Lebanon, Turkey and Jordan.

“Only a small percentage of migrants from distant regions reach Europe, although it appears different from the European perspective. This journey is usually too expensive and dangerous for these people,” she says.

Will Europe and the world cope with the phenomenon of migration? “As long as migration will be a political topic, and not considered a natural part of human functioning, I do not see a positive solution to the problem. Migrations must be managed wisely, not restricted” she says. She adds that migrations - for example in sub-Saharan Africa - have taken place for decades and were a natural adaptation strategy of the inhabitants in more difficult years. Only now the scale of migration is changing and sometimes becomes enormous.