Space
This text can be copied
Marek Matacz

How feasible are drug factories in space? 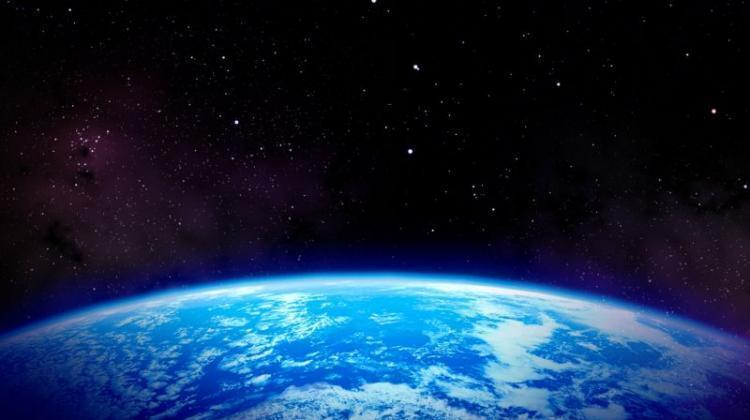 In orbit, in microgravity, it is possible to conduct research that cannot be done on Earth, for example, print 3D structures from living cells. Will drugs or replacement organs be manufactured in space? Dr. Piotr Kaczmarek-Kurczak from the Kozminski University talks about the possibilities.

Polish Press Agency: According to NASA's current strategy, the International Space Station should become more open to commercial use. There are plans to attach private modules to it. Some companies are even thinking about their own orbital stations. At the same time, much of the research carried out in orbit concerns medicine. Can we expect part of the pharmaceutical industry to start moving into space?

Piotr Kaczmarek-Kurczak, Assistant Professor at the Department of Entrepreneurship and Ethics in Business, Kozminski University: It's quite complicated. After completing flights to the Moon, NASA opted for a shuttle program and then building space stations. It was then expected that the public would receive more profits from this program, including money, than they would invest. But space research is not profitable. Money 'shot into space' is largely lost.

PAP: People may be unhappy. After all, nobody likes to waste money.

PKK: Yes, and that's probably why there are some legends - and I use this word intentionally - about the supposed, miraculous properties of various things and substances that can be obtained or made in space. Space flight enthusiasts are still looking for ways to justify the enormous costs. Even in the case of SpaceX services, lifting a kilogram of weight costs from 60 to 80 thousand dollars. Very few substances on Earth are so valuable. One of the legends I mentioned concerns mining helium-3 on the Moon. It is a very expensive isotope ($ 1.4 million per kg) that can be used in a fusion reaction to generate energy. Unfortunately, we will not have fusion reactors for a long time, so it will be a while before helium-3 becomes useful.

PAP: And other legends?

PKK: The second legend concerns large protein crystals grown in microgravity, used in laser technologies and the pharmaceutical industry. Unfortunately, shuttle flights have already shown that the process of obtaining them is complicated and difficult to automate. Today, specialists approach this topic with great scepticism. If such substances could be easily obtained in orbit, they would be produced and the space station could possibly sustain itself.

PAP: But medical research on board the International Space Station is an important part of the program.

PKK: There is one product that it pays to bring from orbit because it is immaterial and not affected by mass costs. It is information (such as data sent from planetary probes and satellites) and knowledge. When it comes to medicine, we can talk about research, for example in the field of human physiology and psychology. Thanks to space flights, we have learned a lot about human response to isolation. This knowledge comes in handy now during the pandemic. Astronauts who have been in space for a long time have also provided a large amount of knowledge, on subjects such as osteoporosis. A lot of research done in space, including the International Space Station, makes great sense. Scientists learned a lot about the ageing process and the influence of radiation on DNA from the one-year mission of Scott Kelly, whose twin brother remained on Earth.

PAP: An often cited example is also the cultivation of crystals from proteins in orbit. Thanks to this, they are supposed to be purer and allow for better study of the structure of a given protein. This, in turn, is the key to the development of many new drugs.

PKK: Such research was already carried out in the 1980s and 1990s. But now computer technology is making such advances that we can successfully use smaller crystals grown on Earth and digital simulations. Meanwhile, automation in space is difficult, and a person can always accidentally make a mistake.

PAP: But there may be processes that, at least for some time, can only be carried out in orbit. An American company was conducting an experiment on board the ISS with 3D printing of living cells. Only in microgravity it was possible to arrange the cells into separate layers. Perhaps replacement organs will be grown in orbit someday...

PKK: I think such work makes sense, but only as scientific research, like other orbital experiments. I do not believe that the private sector can secure enough profits from manufacturing to turn it into a profitable business.

PAP: So ideas such as drug or organ replacement factories are rather visions of dreamers that do not necessarily make sense?

PKK: The US Congress saw reports on similar topics 20-30 years ago and now it does not convince anyone. Today, political rivalry matters and that is what, for example, drives the lunar program. The countries that organize it want to show what they can do. In the short term, scientific discoveries, for example knowledge in the field of human biology and physiology, will also matter.

PAP: Maybe we are now at a stage similar to the beginnings of aviation. In the past, crossing the ocean was a feat, and today intercontinental flights are standard.

PKK: The development of aviation was driven by the military. In space exploration, development slowed down significantly in the 1970s. The space arms race was never really taken seriously, so it didn't gain momentum. The annual military budget of the US is $ 700 billion, of which 30 billion is allocated to space technologies. That's more than NASA's entire budget. But the army does not contribute to NASA's budget or share technology with it. (...) Space activity was in fact politically driven and the financing system was ineffective for a long time. The situation improved after private companies, such as Orbital ATK or SpaceX, which answered to their investors, entered the game. We lost at least 40 years of development, so it was much slower than with aviation.

PAP: So there is potential for a lot of things to change...

PKK: Allow me to quote some interesting numbers. SpaceX says it will lower the price to $ 2,000 per kilogram of mass launched into space. This would mean a 30-fold reduction in costs.

PAP: So maybe in 20-30 years we will see the first drug or organ factories in orbit...

PKK: Various companies, including SpaceX, are now investing heavily in satellite Internet. This technology can bring huge profits. If they make a profit, then in combination with the passion of Elon Musk or Jeff Bezos for colonising space, they can lead to a breakthrough. Especially if huge reusable ships like Starship are built. Perhaps the space infrastructure will then become cheaper, easier to use, and it will be possible to overcome the political and economic barriers I mentioned.

PAP: What can Poland's role be?

PKK: The Polish space sector is developing well because it has realistic goals. We are, among other things, subcontractors for large players. For example, we build various instruments and devices for them that are then used in planetary missions, for example to Mars or Jupiter. At the same time, we develop our own know-how and engineering staff. We are also known as specialists in obtaining information from various missions, for example heliophysics or planet observation. This is where we get the greatest financial benefits. We have a long tradition in space medicine, excellent specialists in the field of materials science and remote sensing. The area of using satellite data by the civil administration, especially agriculture, is severely neglected in our country. The use of modern technologies (including space technologies) in agriculture (Agriculture 4.0) is a future-oriented and potentially attractive topic for export.