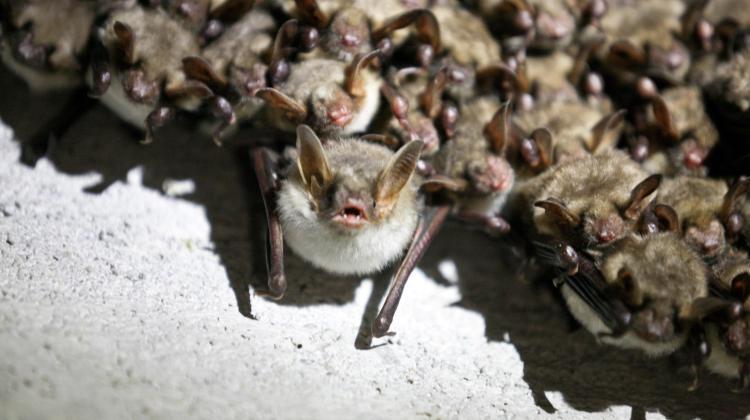 Polish bats are not to be feared and prefer insects to humans, say Poznań scientists.

Polish bats are not to be feared and prefer insects to humans, say Poznań scientists.

Despite popular misconceptions about bats drinking human blood and getting tangled in people’s hair, the reality is much more down to earth, say the naturalists from the city’s University of Life Sciences.

Wojciech Olma and Katarzyna Sycz from the Theriology Section of the Foresters' Club of the university said: “The myth about bats getting tangled in people's hair may come from stories told to young women to prevent them from secretly sneaking out in the evenings.”

The added that bats use echolocation to navigate their surrounding space very well. The human head, with or without lush hair, is a big obstacle that they are able to quickly locate. In addition, bats do not attack people, and Polish bats do not drink blood.

The researchers said: “In Poland, all bats are insectivorous and play an important role in reducing the mosquito population.

'Bats control the populations of insects and thanks to them we often save millions that we would spend on plant protection products. In addition, bats living in other parts of the world and eating nectar pollinate many species of plants, which is why they can be business allies.

“Agave plant used in the production of tequila is only pollinated by bats. In turn, fruit-eating species contribute to the regeneration of tropical forests.”

WHY BATS SLEEP HEAD DOWN

Bats like places that are difficult to reach for predators. They find safety in high ceilings of caves as they can sleep peacefully there. Their forelimbs are transformed into wings and used for active flight, so the only option for them to hang is to catch the surface with their hind legs.

Before they fall asleep, bats go on an evening hunt and it has been known for a hunting bat to fly an apartment. What to do then?

Olma and Sycz said: “If a bat finds itself in your house and flies around the room, open the window, turn off the light and give it a moment to find its way. If the bat sits somewhere on the wall, wardrobe or curtain, you can put an open box on it, secured in with a cardboard, carry it outside and release it.”

They added that, like all animals, bats can defend themselves, but although their bite will not do much damage, you should avoid touching them with your bare hand. It is best to help them in thick gloves.

THE CHALLENGE: LISTENING TO BATS

According to the researchers, it s easier to see bats than to hear them as to do so needs an ultrasound detector. This converts the sounds made by bats into those that can be heard by humans.

The researchers said: “Bats make sounds at frequencies in the range of 16-120 kHz, while the human ear is able to hear sounds up to 20 kHz. We are able to hear these lower sounds, but this is only a fraction of their sound repertoire."

People interested in observing bats can join the Theriology Section of the Foresters' Association of the University of Life Sciences in Poznań. In winter, natural scientists monitor the animals, and in summer occasionally catch them. Section members can then see the nocturnal mammals up close. The group contacts each other via the FB page https://www.facebook.com/SekcjaTeriologicznaKolaLesnikowUp/

You can also learn more about bats during the International Bat Night. It is organised since 1997  under the auspices of EUROBATS (the Agreement on the Conservation of Populations of European Bats) and traditionally takes place on the last full weekend of August.