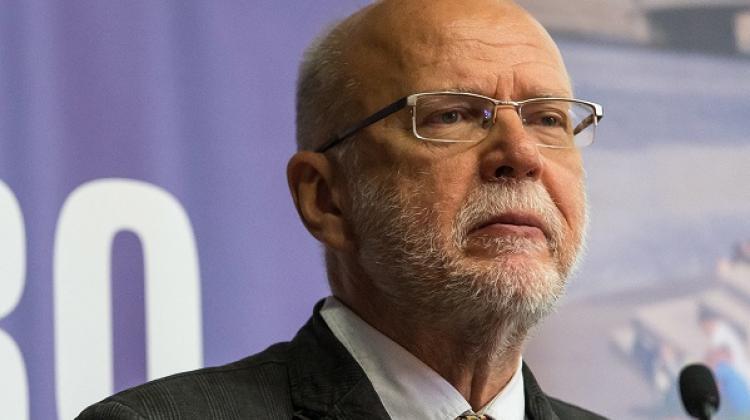 Wrocław, 10.10.2017. Professor Zbigniew Kundzewicz during a conference on the city's candidacy for the title of the European Green Capital 2020, May 10th. (kru) PAP/Maciej Kulczyński

Professor Zbigniew Kundzewicz is the first Polish researcher to receive the Prince Sultan Bin Abdulaziz International Prize for Water. The international panel of scientists recognised his research on the relationship between climate and water resources, the Polish Academy of Sciences reports.

The prestigious award was established in 2002 by the Saudi Prince Sultan Bin Abdulaziz Al Saud. It is granted in recognition of outstanding scientific contributions that help mitigate global water problems. This year, the prize was awarded to six scientists.

Professor Zbigniew Kundzewicz received the Surface Water Prize for advancing our understanding of the relationship between flood risk, river flow, and climate change. According to the award website, “he applies this knowledge to develop a diversified portfolio of flood-risk management approaches.” His research provides providing practical solutions for flood risk reduction and flood preparedness.

According to the Polish Academy of Sciences, Professor Zbigniew Kundzewicz is in an elite group of 4 experts who have both prestigious scientific awards related to water. In addition to the Prince Sultan Bin Abdulaziz International Prize for Water, the researcher has already received the Dooge medal of the 2017 International Hydrology Prize. The latter prize is awarded jointly by 3 organizations: the International Association of Hydrological Sciences (IAHS), the United Nations Educational, Scientific and Cultural Organization (UNESCO) and the World Meteorological Organization (WMO).

Professor Zbigniew Kundzewicz is a hydrologist and climate expert, and a member of the Polish Academy of Sciences. He works at the Institute for Agricultural and Forest Environment of the Polish Academy of Sciences in Poznań and took part in the work of the International Panel on Climate Change (IPCC), including when it was awarded the Nobel Peace Prize in 2007. He is the author of over 400 scientific papers.