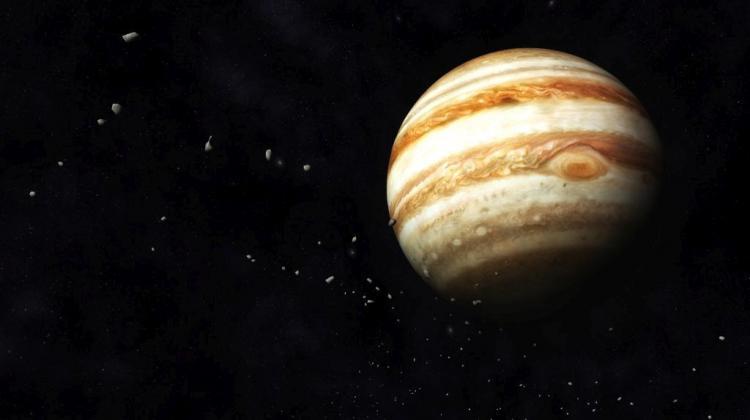 Plasma-measuring booms created for the JUICE mission, one of the two largest missions of the European Space Agency, will be delivered to Germany in a few days where they will undergo their last magnetic tests,

JUpiter ICy moons Explorer (JUICE) is the first major mission of the European Space Agency (ESA) in the Cosmic Vision 2015-2025 programme; its total cost amounts to nearly EUR 900 million. The probe will study the atmosphere of the largest planet in the Solar System - Jupiter and its moons: Europa, Callisto and Ganymede.

The JUICE mission probe will be equipped with various research instruments with Polish company Astronika preparing the booms, at the ends of which probes for plasma measurements (Langmuir Probe - Plasma Wave Instrument - LP-PWI) will be mounted.

After the last tests in Germany, they will be transported to the headquarters of the main satellite integrator - Airbus Defence and Space in Friedrichshafen, Germany, where at the end of 2020 they will be permanently connected to the research satellite, which will fly towards Jupiter in 2022.

Astronika said: “The main task of the booms will be to deploy to a distance of 3 meters from the research satellite and position the sensors exactly at an angle of 135 degrees to allow them to study the plasma in Jupiter's magnetosphere.”

Astronika board member and project leader Łukasz Wiśniewski said: “The devices created for the needs of the JUICE mission are extremely light, weighing less than 1.3 kilograms.

“They had to be designed to withstand the high loads they would be subjected to, and also not to damage themselves during opening.”

He added that the booms can withstand extreme temperatures which will reach around 200 degrees C near Venus, and -200 degrees C when the probe will be in the shadow of Jupiter.

The Polish engineers have built five LP-PWI units, four of which will be attached to the satellite and set off on into space, one as a backup.

In addition to LP-PWI devices, Astronika has also developed another mechanism for the JUICE mission, an antenna system called RWI - Radio Wave Instrument. This mechanism is currently in the testing phase, but will eventually also become part of the JUICE research probe.

Both devices were created as part of projects carried out in cooperation with the Uppsala Institute of Plasma Physics, the Space Research Centre of the Polish Academy of Sciences and the Japanese Tohoko University.

The launch of the JUICE mission is scheduled for mid-2022. The date is fixed due to the favourable alignment of Earth, Venus and Mars at that time.

The probe will use the gravity assistance of these planets. After travelling 600 million kilometres, the probe will reach the orbit of Jupiter in 2029, where it will conduct observations for at least three years (PAP).