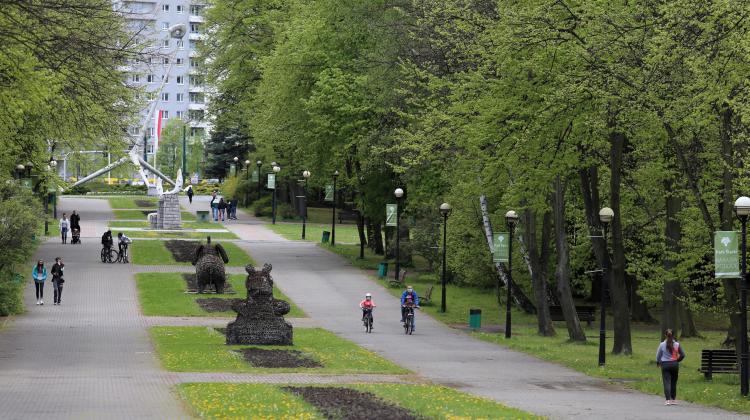 People benefit from the presence of trees in the city as they help retain water in the soil and keep temperatures down while at the same time absorbing harmful gases and producing oxygen.

In addition, they do not need to be watered.

A team of dendrologists from the University of Life Sciences in Poznań talk about the benefits of having these unusual biological ‘machines' close by.

What is the relationship between drought and trees in cities? A large tree produces up to 140 kilograms of oxygen (O2) per year. This is as much as one person consumes

A common belief is that plants need to be watered in order for them to grow. This is true for trees grown in containers. But what about street trees or trees growing in estate and park greenery? After all, large trees are not watered there, but they still grow! Why does this happen?

Dr. Marcin Kolasiński from the Department of Dendrology, Pomology and Plant Nursery at the University of Life Sciences in Poznań says that “this is the result of their adaptation to life in various habitat conditions. Roots stabilize trees in the soil and take water with minerals from it.”

What if the soil solution disappears due to drought? Trees have two strategies for dealing with this problem. Their roots can grow into deeper layers of the soil, where subsoil water is still present (only in soils that are not degraded) or they cooperate with mycorrhizal fungi.

In return, fungi get sugars from the plants.

But these are not the only functions of the roots, say the experts. Roots can change the structure of the soil in a way that allows rainwater to soak into deeper layers, and thus counteract surface runoff and irreversible loss due to evaporation. Tree roots can increase the water infiltration rate by 63%, and on very degraded soils even by 153%!

It is estimated that as a result of ecosystem benefits, one tree can save up to PLN 400 public funds per year

From the roots, water is transported through the trunk to the crown. Apart from the transport function, the trunk also stabilizes the tree (just like the human spine), and in winter also stores the assimilation components and water needed to resume vegetation in spring. Through the branches, water goes to the crown of the tree, where the leaves - real factories - convert it and the carbon dioxide taken from the atmosphere into life-giving sugar. 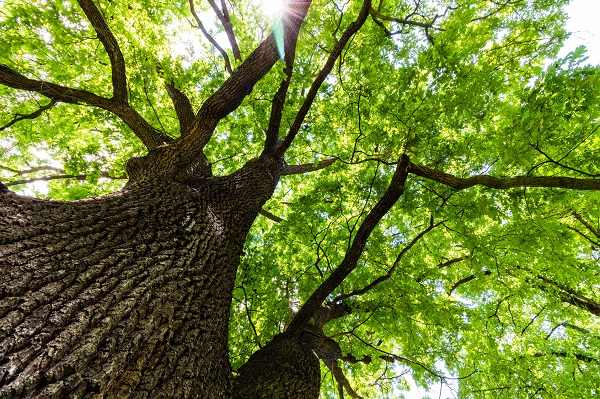 How else do we benefit from the presence of trees, especially large ones, in cities? Trees regulate the degree of surface shading and enrich the air and soil with moisture. In an area covered with greenery and up to 25 m from it, soil evaporation is 25-30% smaller than in the open.

Under appropriate conditions, an adult tree can release 300-500 litres of water into the atmosphere per day. As a result, the air humidity in wooded areas is 3.5 to 13.7 percent higher, and the temperature about 3.5 degrees C lower. Moreover, leaves and tree branches retain rainwater (in the period from May to August, up to 35%), which significantly reduces surface runoff to sewage systems and water courses.

By having trees in the vicinity, we also gain immeasurable benefits, such as reducing the level of stress, strengthening the immune system, improving memory and focus, increasing safety, improving the attractiveness of places, and even increasing real estate prices. After all, trees earn money! It is estimated that as a result of ecosystem benefits, one tree saves up to PLN 400 public funds per year.

According to the latest report of the UK Office for National Statistics, £5bn was saved in 2014-2018 thanks to air cooling resulting from the tree coverage of London's streets, and an additional £11bn thanks to reduced heat-induced decline in productivity. Older trees should be under particular care in cities. In order to balance the 'work' of one healthy 100-year-old beech, approximately 2,700 small trees with a crown diameter of up to 1 meter are needed!

Because city trees have to face conditions that are often unfavourable for them, young trees planted today often do not live to adulthood. In UK cities, the average life span of a tree is just 12 years. The most difficult conditions are in the road lanes. Persistent drought in the spring manifests itself in trees about 2-3 months later with marginal necrosis of the leaves.

If we fail to take care of trees in the city, we have to face not only the difficulties caused by the 'urban heat islands', but also significant financial losses. 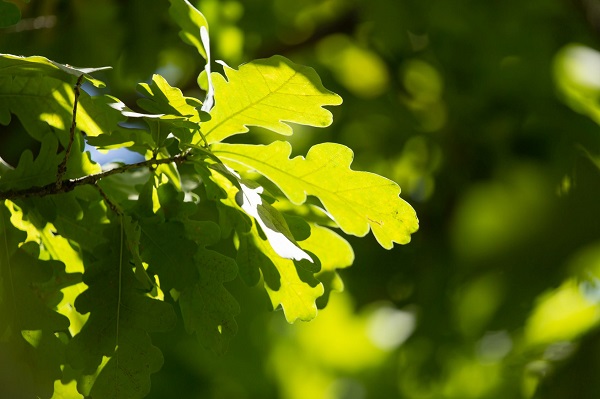 The above materials were provided to PAP by the University of Life Sciences in Poznań.