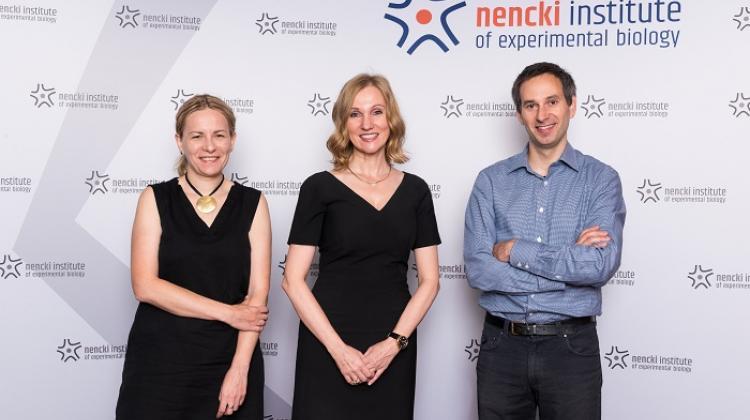 Procedures for pooled PCR testing to identify patients with coronavirus disease have been developed by scientists at the Nencki Institute of the Polish Academy of Sciences.

As part of the SONAR Anti-CoronaVirus project, the researchers developed procedures and recommendations for the size of the tested groups of people and the selection of test kits.

Project leader Professor Agnieszka Dobrzyń told PAP: “We are ready to implement group testing. Our findings work, we tested them on 701 samples from patients positively diagnosed for the presence of the SARS-CoV-2 virus. The results are clear: group testing is a response to the demand for widespread testing.”

When starting their work the scientists assumed that a single test kit could be used to test even several dozen patients for infection. Studies have confirmed that even with a very low concentration of the virus in the sample, it is detectable with a collective test in a pool obtained from a combination of 30 people.

After taking into account the time needed to detect someone who is infected - and the cost - it turned out that the largest group worth testing with one test kit is 12 people.

However, the size of such a group varies depending on the percentage of infected people in a given population. That is why scientists propose three different grouping methods.

Professor Dobrzyń said: “If the percentage of the infected in the population is below 2%, a single test kit will be sufficient for 12 samples. If it is more than higher than 2% but less than 8%, an 8x12 sample grid test is used. If it is 8% to less than 15%, a single test kit is sufficient for 4 people. But if there is a risk more than 15% of a given population may be infected, then pooled testing ceases to be feasible, and individual tests are better.”

The researchers say that group testing will be useful in screening tests to determine how widespread the virus is in a given population.

Dobrzyń said: “We should definitely include pooled testing in basic COVID-19 diagnostics, certainly in populations where we expect low percentages of the infected, in individual companies, factories, universities, schools and wherever we have a large population of people who must stay in one room.”

As part of the SONAR Anti-CoronaVirus project, scientists tested six PCR tests for the detection of SARS-CoV-2 virus available in Poland. On this basis, they recommend two: MediPAN developed in Poznań and Korean DiaPlexQ. They have a very high sensitivity.

Professor Dobrzyń said: “Samples that could not be clearly identified using pooled testing contained less than two copies of the virus. They could have come, for example, from people at the very beginning of the infection or ending an asymptomatic infection. However, according to my observations the most diluted samples were unskilfully collected. But this stage of the procedure can be easily improved.”

Pilot studies on selected populations of employees and students, which will confirm the effectiveness of their protocols, will begin shortly, with the hope that in the next stage, pooled testing will be implemented throughout Poland.

Professor Dobrzyń agrees with World Health Organization (WHO) Director General Tedros Adhanom Ghebreyesus that the lack of mass testing is like fighting fire blindfolded. She said: “Now we are extinguishing the fire where it has already broken out. With mass testing, we could extinguish this fire more effectively, before it spreads.” (PAP)