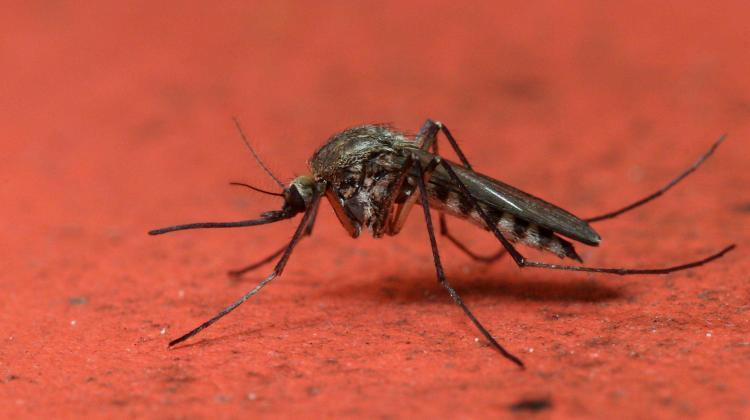 Of Poland’s 49 mosquito species, the main offenders include

Aedes vexans (the inland floodwater mosquito) which lay their eggs in humid places, for example the banks of river backwaters, and can survive for several years even through drought or winter.

But as soon as water from summer rains come, the eggs are carried to a body of water where they first develop into larvae, then pupae, and finally into adult mosquitoes.

Dr. Gliniewicz said: “These insects from the Aedes vexans species that bother us now, do not have to be hatched from this year's eggs. They are descendants of females that drank blood a few years ago and then laid eggs.”

She added a new generation of mosquitoes could also appear later this summer, provided there is enough rainfall in the following weeks to wash their eggs into water bodies.

When female mosquitoes go hunting they have already mated but their eggs are unable to develop without proteins, which they find in human. blood.

After pricking the skin, the female mosquito then injects saliva into the puncture site to prevent the blood it sucks through a thin tube (proboscis) from clotting. The bump that forms at the puncture site is the body's reaction to damage and compounds contained in the insect's saliva.

Gliniewicz says the best way to deal with the resultant inflammation and itching is to put something cold on the prick mark, such as ice, or cold water.

She told PAP that new mosquito species in Poland was possible but unlikely.

She said: “I see a risk in both climate change and globalisation processes. After all, we can unknowingly bring an unknown species of mosquito with us from a trip abroad.

“But it is still a long way from bringing a single mosquito to its species settling here. For mosquitoes to breed, they need favourable enough conditions for successive generations of mosquitoes to develop within one summer. And it's not that simple.”

“In Poland, the presence of the tiger mosquito has not been confirmed yet. But this species is already present in some countries of Western Europe: in Spain, France, Italy , and recently in Belgium, Germany and Slovakia, for example.” (PAP)