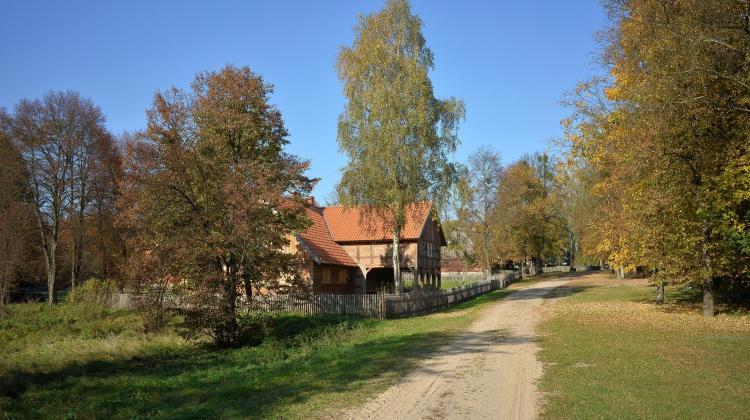 Hoot have thought it! New research into barn owl habitats has found that the birds prefer living in old churches in lower income communities with elderly residents.

Scientists from Poland, the Czech Republic and Sweden checked 2,800 churches in various regions of Poland, taking into account the churches’ architecture and infrastructure, as well as the surrounding area, climate and land use.

They found that barn owls were present in as many as 778 of the churches, preferring older architecture, and that the owls favour agricultural areas with arable land and pastures, which are optimal feeding grounds and avoid areas polluted by light and which have road networks nearby.

The team also discovered that there are significantly fewer of the birds in north-eastern Poland (with a cooler climate, including the Polish 'cold pole') than in parts of the country with a milder climate.

In addition to locality, the team assessed the impact of local human communities and discovered higher numbers of the owls in areas where the inhabitants were older and had lower incomes; in regions where there were fewer people with higher education and where unemployment was higher, and farmers constituted a large part of the employed.

Lead author of the study, Dr. Michał Żmihorski from the Mammal Research Institute PAS in Białowieża said: “It turned out that the presence of the barn owl could be predicted not only on the basis of environmental factors, which is not surprising (the barn owl avoids forested regions, it prefers meadows, etc.) but also social and economic ones.

“The barn owl presence is correlated with unemployment, average income and age of the region's inhabitants.

“The results of the study allow us to pay more attention to the nature-human relationship. To put it very generally: We see that natural resources are distributed not accidentally in relation to some features of human populations, and these two worlds - nature and human civilization - may be much more interdependent than we realise.”

The scientists suggest that things such as unemployment and income can explain the financial situations of certain parishes and how much money they can afford on renovations.

The owls prefer older, rundown buildings for nesting and finding safe shelter in the architectural nooks and crannies, which are more prevalent in older churches.

They also suggest that in regions where more older people live, farming may be less intensive, favouring higher densities of rodents, the main food of the barn owl.

Żmihorski said: “Our results may be important for designing a nature conservation strategy. Knowing that a given species occurs more often where older and less well-off people live, we can better adapt conservation measures to the constraints and needs of local communities.”

It is estimated that there are currently between 1,000-1,500 breeding pairs of Barn Owl in Poland.

For several decades, the barn owl population has been declining dramatically in many European countries, also because safe breeding places are disappearing.

Collisions with vehicles also take their toll. But the biggest problem is the intensification of agriculture, which turns the agricultural landscape into an ecological desert.

The scientists’ research was presented in Science of the Total Environment.