What are the pros and cons of microchipping? Warsaw expert explains all 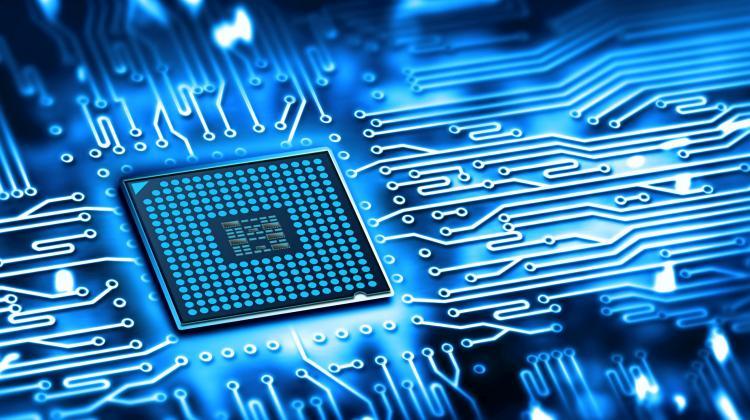 Microchips implanted under the skin can replace IDs, make shopping easier and monitor health. However, they also raise questions about data security and legal regulations.

PAP spoke to Professor Dariusz Jemielniak head of the Management in Networked and Digital Societies Department at Kozminski University in Warsaw, to find out more:

PAP: For some, chips implanted under the skin are a brilliant invention, others call it 'the mark of the beast'. What is your opinion?

Professor Dariusz Jemielniak: We are a bit afraid of any new technology. I myself am a rather cautious enthusiast of progress. When it comes to implantable chips, at the moment they are associated with certain risks, for example related to privacy. Theoretically, they could be used to track us at all times. You can leave your phone at home, but not a chip. On the other hand, you have to remember that tracking is already happening with the help of various devices we use, as well as common cameras with face recognition. Today you can even recognize a face covered with a mask. The second reason why, for example, I do not have an implanted chip is that they have a limited functionality. Currently used RFID systems can do little: contactless payments or person identification.

PAP: Exactly, we have been hearing about implantable chips for years but revolution has not happened. So is the topic dissolving or is it going to take more time and a change of mentality?

D.J.: I agree that changes in the way of thinking will be necessary and those always come with delay. But it is more important for the chips to have additional functions in addition to payments or personal identification. That we can do with a smartwatch. If the chip had, for example, various types of biometric sensors, that would change things radically. Some vital functions can be measured with a watch, for example pulse and blood oxygen saturation, but not everything can be monitored this way.

PAP: A biochip could, for example, monitor blood glucose levels...

D.J.: Exactly, it would be a colossal change for people with diabetes. In addition, the accuracy of the chip under the skin will be much greater than, for example, a watch, so the parameters currently measured by other methods could be monitored more precisely. Today's technologies already allow to create a chip that would help maintain health and comfort of life.

PAP: Such systems will allow you to make payments, identify people, collect biometric data, including medical data. Will we need several chips or will there be an universal one?

D.J.: Currently, the problem with chips is it is precisely that there is not one standard. After all, you don't want someone to open you up every often. We can expect that there will be one universal platform with different functions. But the question is what kind of sensors can be developed. Some of them could have certain functions today and gain new ones over time. For example, in the past diodes only measured your heart rate, but today you can use them to check the amount of oxygen in your blood, estimate your respiratory efficiency, etc. So we will have to determine when the platform is ready enough. To my knowledge, there are no such projects yet. If you look at this issue a little more broadly, there is no shortage of appropriate technologies - they already exist. But there is no single platform that would combine them.

PAP: Even when it is finally created, another problem may arise. The technology is being developed rapidly, won't it turn out that we should replace the chip with a new one every year, just like we replace phones today?

D.J.: This is obviously not an option. Chips cannot be replaced more often than once every 10 years. It will also still turn out whether they will be subcutaneous chips, chips implanted into the oral cavity, or in the ear. A chip implanted under the skin certainly must be a finished product. Perhaps it will only need to be contactlessly recharged from time to time, but perhaps even that can be avoided thanks to technologies that use the energy of our body or movement.

PAP: What about security? Is it impossible to hack such a chip, if, for example, it will store data itself?

D.J.: Whether the chip will collect data or just pass it on is basically secondary. Current cryptography is at such a level that sensitive information can be perfectly secured. But will they be so well protected? I have to say that I don't know because the best security is often abandoned. This is clear, for example, from the leaks of user data from various websites. Security is expensive and customers do not always want to pay for it, or even understand the scale of the problem and threats.

PAP: What other obstacles must be overcome?

D.J.: Institutional restrictions are also important. Corporations, governments or health systems have not created a reliable platform that would integrate all data. For example, medicine is very traditional in this regard. Let's take a look at the American healthcare system. It is very fragmented. The data are collected in private systems that do not communicate with each other. On the other hand, well-functioning solutions do exist in sports systems. For example, you can use a Garmin watch and process data in Strava.

PAP: There is a large potential role of the legislation.

D.J.: There is an entire galaxy of different issues to regulate. First, we need to determine who would have access to your data. This problem has been known for years and in my opinion there are still no good solutions. There should be trusted public or private institutions that would store sensitive information. Independent organizations often work better. Look at how easy it is to use, for example, Google Maps, and how crude the government system geoportal.gov.pl is. Perhaps banks, as public trust institutions, will handle data administration. They already store sensitive information about people. But then it will be necessary to define how they can access this data. For example, you would not want the bank to refuse a loan because the data from the chip indicate a high risk of death before repayment. We will need to define rules for accessing information. For example, the chip owner could consent to make all medical data available to any doctor and hospital treating them.

It is all a matter of appropriate standards, because the necessary technology already exists. For privacy matters, something like Creative Commons licenses should be created: clear, transparent and simple decisions to whom we grant access and on what terms. Such standards could also be developed in Poland. If they are good and transparent, other countries could use them as models.

PAP: What about people who will not want a chip? Will they be on the margins of society, or maybe they will simply not use some amenities, just like people who do not have smartphones today?

D.J.: In the beginning there will certainly be different variants. This can change over time, just like with the implementation of autonomous cars. When a certain critical number of such cars is exceeded, human-driven cars will be banned as they will be deemed hazardous. Perhaps in the future, a chip will replace ID cards and become the only form of payment. Then a person without it will be outside the boundaries of society. Such a person will not even be able to buy anything.