Best way to deal with mosquitoes is to fight them with frogs, says zoologist 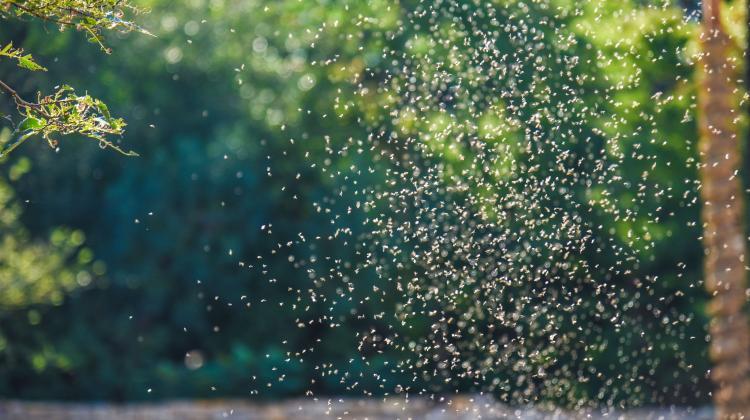 Despite an increase in the number of mosquitoes this year, a leading zoologist says there is not a “plague” and adds that the best way to deal with them is to nurture their natural enemies.

Professor Tryjanowski from the University of Life Sciences in Poznań said that the reason for there being more mosquitoes this year is because of the humid beginning of summer.

He said: “There is an +arms race+ between us and the parasite, which the mosquito is undoubtedly winning.

“We develop repellents and mosquitoes become resistant to them, just like bacteria to antibiotics.

“But there is nothing to fear. There is no evidence that mosquitoes can transmit viruses such as SARS-CoV-2, in our climate mosquitoes do not transmit any serious diseases.

“Science has given us all sorts of repellents, that is, the means of protection against mosquitoes. We can also use natural essential oils derived from mint or lavender.

“But it's hard to expect science to offer a way to get rid of mosquitoes from the environment completely. To reduce the population of mosquitoes, we should make sure that they have their natural enemies in nature.”

The numbers of mosquitoes are highest in July, and their increased activity should be expected until August.

Their main flying enemies are swifts. In mid-August, the swifts prepare to migrate and look elsewhere for insects that will be in short supply in Europe until spring. One swift eats tens of thousands of insects in just one day, mainly mosquitoes and flies.

Now Professor Tryjanowski is carrying out research to determine the role of amphibians in fighting mosquitoes in cities. The most effective controllers of mosquito populations are their natural enemies: amphibians (frogs, newts and toads), among mammals - bats and, of course, birds: mainly swallows and swifts.

According to Tryjanowski, to limit the development of mosquitoes, we can stop littering and ensure the presence of frogs and toads in nature.

He said: “We have ponds in our home gardens, but letting only goldfish live there is a mistake. Fish alone cannot control mosquito larvae any better than amphibians can.

“Unfortunately, fish in ponds reduce the number of amphibians in the area, eating their larvae as well. In addition, people get rid of frogs and toads from the vicinity of their homes.”

He added that we should make amphibians our allies in the 'eternal fight' against mosquitoes. And trust the natural mechanisms.