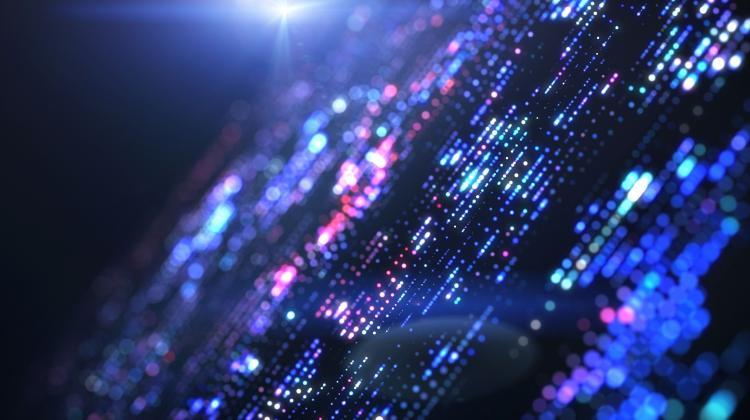 PAP: Big data, processing huge amounts of data, enters further fields and industries - from physics and economics to psychology and medicine. Can these techniques be used to study the social moods and preferences of individuals and predict election results? Or even influence them?

Dr. Olha Zadorozhna: The short answer is yes. Various types of databases publicly available online often contain a lot of information about voters; who they are, what their preferences are, what they expect from politicians. These data can be analysed with great precision thanks to data mining, machine learning and econometric methods. On this basis, you can create the best election campaign and run it with so-called micro-targeting.

PAP: What is that?

O.Z.: Thanks to micro-targeting, different people can get a different, tailored version of the election campaign. A certain group of people with given preferences is selected and the best content for them prepared. Someone can then see this content on a website, for example, as a result of mechanisms similar to those that display ads tailored to user profile.

PAP: What kind of data are used in this way?

O.Z.: All sorts of data. They include censuses that provide good information about citizens, for example income, education, number of children, ethnicity. In addition, there is information from social media that can be analysed in terms of key words or phrases. Such data on many people are easily available. The next source are databases that you can buy, for example consumer databases. They often contain phone numbers, e-mails, mortgage data and purchase histories.

PAP: Is buying such databases legal?

O.Z.: It depends on the country. Remember that often when we enter our data somewhere as consumers, we check the box with the question 'Do you agree to disclose the data to third parties for marketing purposes'. If someone gives such consent, their data may be transferred to another entity.

PAP: So there are many sources of information about the average Pole.

O.Z.: I should also mention the data collected by the parties themselves, for example about people making donations or volunteering. Then there are databases of people who have agreed to receive emails from a party. In this case, you can even check whether such a person more often opens emails about taxes, or human rights, or, for example the judiciary system. On this basis, you can find out what their interests are and choose the best content.

O.Z.: Absolutely. This is also used, but rather as so-called control variables. Analysts check whether the predictions made will work in different conditions, with different macroeconomic assumptions.

O.Z.: If we have the necessary data, predicting the result is not a problem. The permissible margin of error is about 5 percent. As a result of such analysis, we will get the probability of winning the election by a candidate or party.

But remember that we are talking about a forecast based on current conditions. Even if it shows, for example, that the opponent is better prepared and has an advantage, an appropriate campaign can convince some voters to change their minds. So you can say that these forecasts show who would win if the election took place at the time of analysis.

PAP: Who actually does such analyses?

O.Z.: Usually parties that keep results for themselves. Remember that these are very expensive undertakings that require large expenditures on modern technologies such as cloud computing or employing analysts. These data are mainly used during the campaign, in micro-targeting.

PAP: We can also imagine less honest actions. For example, an algorithm that could theoretically search the Internet and then 'like' posts favouring a particular party on forums or social media, and criticize posts against it...

O.Z.: It is difficult to say whether such an algorithm is already in use, and if so, where. Most often people are employed to like certain content and criticize others. The discussion flared up particularly strongly after Donald Trump's presidential campaign and Brexit, when Cambridge Analytica used Facebook data of people who had not agreed to it.

Even worse, voters saw content online that wasn't necessarily true. At the same, their preferences were exploited. For these reasons, the European Union is now taking steps to prevent similar practices. For example, Google is required to publicly show how much a given party has paid for political advertising. Work is underway to regulate various activities of this type. The goal is to prevent such problems in the future.

PAP: It is hard to resist the impression that even in the face of regulations, parties, candidates and their staff will influence people. Can we still talk about free choice?

O.Z.: We can, but people must critically read different messages. We should always check many sources of information, dig for the truth. This way, anyone can make political choices as a conscious citizen.

PAP: Do you think many people do that today?

O.Z.: Do many people approach information critically? I don't think so. Most believe what they see or hear, for example on TV. This means that politicians and the media must be aware of the responsibility they carry.

PAP: Some might have concerns that politicians want to win, so the methods you described will simply allow those who have money to win.

O.Z.: Yes, that is very dangerous. Therefore, each country and the European Union must ensure that information on the sources of funding for election campaigns is publicly available. Party or politician's finances must be disclosed and the content of political ads carefully controlled. Because today, if you have money for databases, a good analyst and technological facilities, it is very easy to run a campaign.

PAP: What is the current scale of using big data in campaigns around the world?

O.Z.: I think that currently the scale of using big data in campaigns is medium, because it requires large financial investments and not every candidate or party can afford it. But in the near future this will change and move towards the more frequent use of big data and micro-targeting due to technical development and the possibilities of algorithms.

PAP: Do we know to what extent such databases are used in Poland for electoral purposes, or for other purposes, for example by traders or insurance companies?

O.Z.: Micro-targeting is already used in Poland and I suspect that politicians also use data analysis to run their election campaigns. This is because the costs of buying, storing, managing and analysing big data have dropped in recent years (they are still very high, but lower compared to costs from 10 years ago), while the supply of high-quality data analysts has increased. In fact, electoral campaigns follow other sectors of the economy, such as banking, consulting, marketing and e-commerce, which were the first to use big data to be able to offer tailored services to their customers and acquire new ones.