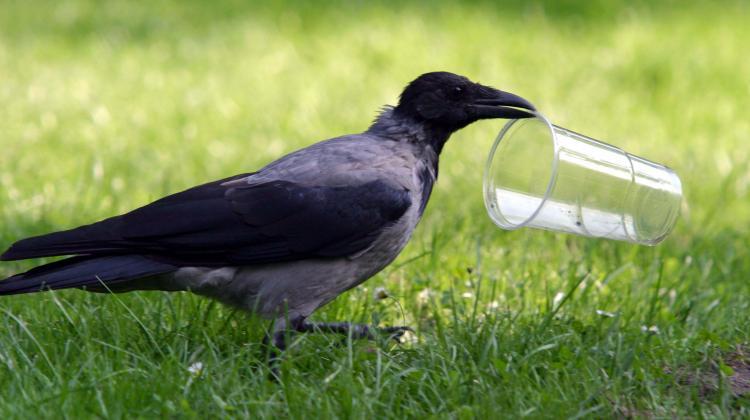 As many as 55 species of birds consume alcohol and could explain why so many of them fly into buildings, new research has found.

Although drink studies on bids and animals isn’t new, the team made up of scientists from the universities of Poznań, Zielona Góra, Prague in the Czech Republic and the UK’s Cambridge decided to investigate which alcohol is most commonly consumed by wild and domesticated birds, and which species are most attracted to it.

Rather than looking at scientific literature on the subject, the researchers turned to the internet where they found hundreds of videos of birds drinking alcohol, most often leftovers in glasses left on tables.

The scientists analysed YouTube videos in English, Spanish, Portuguese and Russian, and selected 179 recordings of birds drinking alcohol. While analysing them, they paid attention to the type of alcohol, the numbers and species of birds, their interaction with people, the environment or the reaction of other Internet users to the recording.

They found that at least 55 bird species were not impartial to a drop, and three species in particular - the cedar waxwing, Bohemian waxwing and starling - were particularly keen.

All three species had been studied before in terms of the effects of alcohol, and experiments on zebra finches showed that ethanol can break down in their blood and affect their singing (the birds begin to 'babble'). In other birds, mating behaviour changed.

But the researchers found that although wild birds living near humans have a better chance of getting alcohol in various forms, for example beer, wine or distillates, it is easier for domesticated birds.

Professor Piotr Tryjanowski, director of the Institute of Zoology of the Poznań University of Life Sciences, said: “A very large part of the available information concerns domesticated birds, including poultry, which is fed with brewing pulp, grape and currants leftovers after making wine’.

Other booze-guzzling birds in the videos included parrots, budgerigars and corvids such as the hooded crow, which, say the researchers, have interesting relationships with humans as they are often fed or steal food, gaining access to new forms of food that are unusual in natural conditions.

Professor Tryjanowski said: “Parrots are simply often kept as pets, and corvids are often among humans and have the lowest escape distance. The fact that we prefer to watch more intelligent animals could also be important.”

The researchers said that the reason birds flock for alcohol could be explained by the fact that they are looking for fermented fruit due to ethanol, which provides the body with almost twice as much energy as glucose.

Tryjanowski said: “Glucose is a fast energy resource that, when administered together with alcohol, causes birds to become +frivolous+.”

It is a well-known fact that blackcaps, a flagship species when it comes to the study of bird migrations, feed on fermenting fruit just before the start of the journey.  And this could be not only about energy, but also gaining a little +Dutch courage+ before making their flight.

And this could be one of the reasons for the high number of accidents and mortality rates when it comes to birds flying into buildings and low response reactions to predators - they are simply drunk or tipsy.

Tryjanowski said: “You can laugh that this is a strange study. But such work often has interesting implications; in this case primarily from the point of view of risk analysis: Is the risk of drinking alcohol worth taking? What are the pros and cons?

“We don't know how it really is with this alcohol. Perhaps the risk-taking associated with it may have adaptive sense, especially in new conditions? Imagine that a new fruit appears in the area. Whoever tries it first can get poisoned and die. But if they really discovers a new sugar source, we have an evolutionary winner."