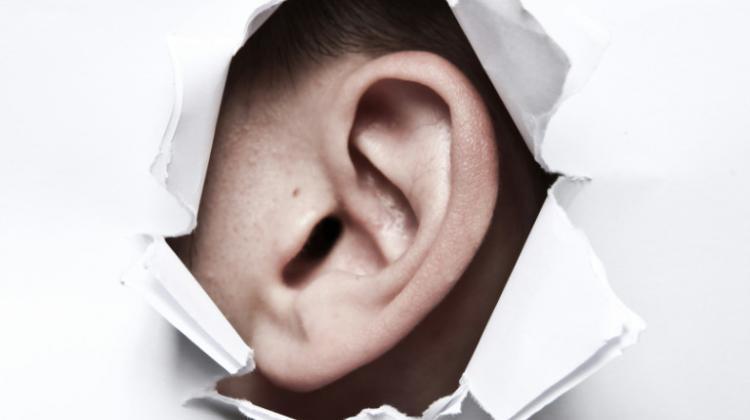 Following studies carried out in 2014 at the University of Glasgow showing that the visual cortex of sighted people was activated in response to certain sounds, scientists from the Institute of Psychology of the Jagiellonian University in Krakow decided to check whether a similar effect could be observed in people who were blind from birth.

They found that even the most basic visual areas of blind people encode information about the sounds they hear.

Dr. Łukasz Bola from the Institute said: “In other words, using only visual cortical activity, we were able to guess what sound a blind person was listening to at a given moment.

“We used the magnetic resonance imaging method to track the brain activity of blind volunteers when they listened to sounds such as forest sounds, the noise of a crowded street, or the sounds of conversations.

“Interestingly, despite some differences in the correctness of sound identification, the overall pattern of the results was very similar for the blind and for the sighted previously examined by my colleagues.”

It is still unclear why the visual cortex, apart from its main function, is also 'interested' in what we hear.

Bola said: “We still have no answer to this question. Speculation remains: sounds may be useful to prepare us for what we are about to see. Or to draw our attention to specific areas of the visual field, in particular its periphery, where the sharpness of our vision is much lower than in the centre.

“In the case of the blind, perhaps the brain does not even +notice+ the lack of sense of sight or does not allow certain tissues to remain unused.”

The team's research showed that the mechanisms of 'conversation' between the visual cortex and the sense of hearing are so important and perpetuated by evolution that they develop even in people who cannot see.

Dr. Bola said: “In practical terms, the fact that the general organization of the visual cortex is preserved in the blind, can be important information for researchers working on vision restoration methods, such as retinal implants.”

The scientists used a combination of algorithms and machine learning in which the results of the ‘learning' allowed the algorithms to guess which sound the visual cortex of blind people was interested in at a given moment.

The article is a result of research conducted at the University of Glasgow and the Institute of Psychology of the Jagiellonian University.

Dr Łukasz Bola is a graduate of the Institute of Psychology of the Jagiellonian University, where he obtained a doctoral degree.

The research was conducted as part of a project financed by the National Science Centre. Dr. Bola currently works at the Cognitive Neuropsychology Laboratory at Harvard University.

The article published in Current Biology is available here.