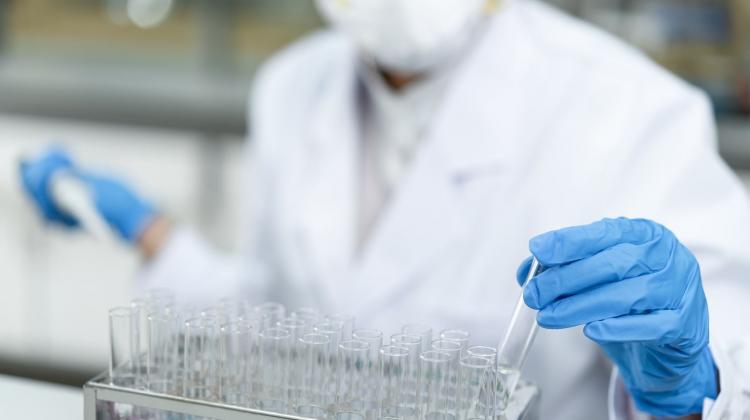 The transfer of PLN 100 million for cancer treatment with breakthrough CAR-T cell therapy will bring Poland to “the forefront of immunotherapy”, president of the Medical Research Agency (MRA) says.

The MRA, which is behind the money transfer, has launched the programme to develop and introduce on a large-scale a breakthrough therapy for cancer treatment using genetically modified CAR-T cells (adoptive T-cell therapy).

The therapy, which involves producing a drug for each patient based on the patient's own lymphocytes, is especially important for the treatment of leukaemia in young patients.

President of the Medical Research Agency, Dr. Radosław Sierpiński, said CAR-T cell technology changes the perspective of cancer treatment, and the PLN 100 million grant is expected to bring Poland “to the forefront in the field of immunotherapy, which at the same time will allow us to become independent of the oligopoly of large companies.

“As a result, we will offer Polish patients an innovative treatment at a much lower price.”

CAR-T cell therapy is the most advanced and personalized technology used in haematooncological treatment. The use of the immune system to fight cancer consists of taking T cells from the patient, which are then genetically modified in the laboratory. The gene codes T cell production of a receptor that recognizes specific tumour cell antigens.

The MRA said: “Thanks to CAR-T cell therapy, complete remission can be achieved in approximately 90% of patients with acute lymphoblastic leukaemia, with remission being permanent in approximately 50% patients. With other therapies, the chance of treating such patients is close to zero.”

According to the agency, the therapy is groundbreaking, especially when it comes to treating children with leukaemia and lymphoma. The introduction of CAR-T cells therapy in Poland is important not only from the point of view of scientific research, but primarily from the point of view of opportunities for patients. In Europe, tumours originating from B lymphocytes and their precursors constitute about 80 percent of all cases of leukaemia in children. The prognosis of patients with relapse after standard therapy is very poor. Indications for CAR-T therapy are malignant lymphomas and acute leukaemia in children and young adults who lack a therapeutic option, i.e. patients resistant to therapy or with relapse after two treatments after diagnosis of the disease (after two lines).

An agency press release said: “In some haematooncological patients, none of the known methods is effective, let alone a permanent cure. Therefore, the medical community has high hopes for the CAR-T technology.”

Deputy director for clinical affairs, head of Department of Bone Marrow Transplantation and Oncohaematology at the Gliwice Branch of the Maria Skłodowska-Curie National Research Institute of Oncology Professor Sebastian Giebel said that the Medical Research Agency competition creates an opportunity to develop and implement therapy based on CAR-T cells in Poland and thus it “will contribute to increasing its availability, and place Polish research and production laboratories among the biotechnology world leaders.”

Currently the treatment of one patient offered by companies costs up to 0.5 million dollars, due to which the therapy is usually beyond the reach of patients. But with CAR-T cells created in their own laboratories, these costs are up to ten times lower. Therefore, the grant will enable research by the Polish consortium and lead to widespread use of this therapy in the Polish health care system.

Sierpiński said: "Thanks to the joint declaration of the presidents Andrzej Duda and Donald Trump, based on American technology from the MD Anderson Medical Center, we can now really develop the biotechnology sector and treat Polish patients with the latest therapies.”