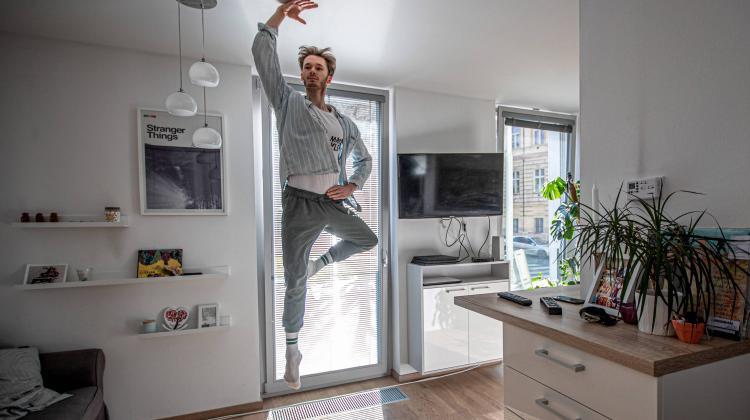 Home-working and video conferencing give an unprecedented opportunity to see how apartments are furnished which in turn, says cultural anthropologist Professor Wojciech Burszta, gives us an insight into people’s values and aesthetics based on the “objects they surround themselves with.”

During the COVID-19 pandemic, when it became necessary to maintain social distance, video broadcasts from home rapidly gained popularity. TV experts no longer sit in the studio, but in their rooms or gardens, artists perform in their living rooms. And people who work remotely often conduct business meetings from home desk or table via teleconference. Never before was it so easy to see how others live.

Professor Burszta from the University of Social Sciences and Humanities said: “The pleasure of watching how people live, how they organize their private space, is an experience most people can relate to.”

According to the researcher, the place someone lives in can tell us a lot about a person: their attitude towards order, discipline, whether they have a family, their interests or aesthetic sense. “Even the iconographic sphere of the apartment is a treasure trove of knowledge about people,’ he says.

He added that sometimes people don't want to show how they normally live. When guests are invited, the house is cleaned, there is nothing unnecessary in view. The guest enters the space the host considers representative.

This, he says, is similar during videoconferences: the part of the house that people decide to show is also properly selected and arranged. “When we watch experts on TV, we see the part of the house they chose to show us,” he says, adding that the selected frame usually does not change in subsequent conversations. “After all, moving a laptop to another place in the house only takes a second. But these people feel comfortable showing strangers only a specific part of their home. And they are not willing to reveal more secrets.

“What we consider a home can be a single room, or it can be a palace. Either way, it is a place that we consider our own private space. We can open it to others, but we fiercely guard it, too,” he says.

He believes that libraries can have a very different status. “You can guess, in which houses these books are actually used, and where they are rather a part of interior design. But if this started a trend that saw people actually start reading these books, that would be a positive effect of the pandemic.”

Burszta also believes that the second favourite home frame is showing a part of a modern, well-organized kitchen, for example with a good coffee maker in the background. And this also allows us to draw certain conclusions about the owner of the apartment. Another background against which people like to show themselves is a garden. “Sometimes you can guess that someone is sitting in a summer place in Masuria.

“People prefer to talk surrounded by decorations and interiors that are closest to them, in their orbis interior, their inner world, where they feel the safest,” he said.

Research on home space is a popular topic in traditional ethnographic research. The researcher says that when people were visited at home, the aesthetic and artistic sphere was often studied, i.e. how interior design patterns were changing, how people organized space, what furniture they had, or whether there were so-called sacred spheres in their homes.

But today such research is less popular because the interiors have begun to become similar. He said: “Ethnographers visiting a country house used to look for something exotic. Today they would regrettably find that these houses are filled with similar objects as their own homes, for example Ikea furniture. The difference between the countryside and the city is blurred', he says. In his opinion, however, looking into people's apartments still allows us to analyse them in terms of what aspirations their residents have, or what values are important to them.

Asked about the things that help scientists interpret how apartments are furnished, Professor Wojciech Burszta said: 'It is important that we enter the house without prejudices or preconceptions. It is worth being open to what you see. And then you can be surprised'.