Warsaw Hospital's Spectacular Success in the Treatment of COVID-19 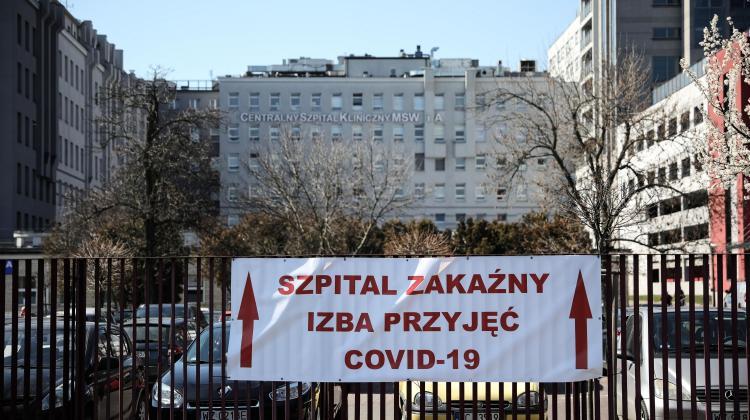 Doctors have taken a step forward in the fight against coronavirus with an innovative monoclonal antibody with spectacular results.

Professor Katarzyna Życińska from the Central Clinical Hospital in Warsaw told PAP: “Patients who received the medicine were disconnected from the ventilator after a few days.

“It turns out that the drug previously used to treat rheumatoid arthritis has found its second life in the treatment of COVID-19 infections."

The drug Tocilizumab which is used in rheumatic diseases such as arthritis inhibits joint destruction, leading to rapid disability.

But administered to patients with COVID-19 it inhibits life-threatening symptoms and  reduces the severity of clinical symptoms and the patient's dependence on the ventilator.

Tocilizumab is given to patients who already have the disease in the form of interstitial pneumonia and acute respiratory failure.

Professor Życińska said: “These are patients from intensive care units in the late third, last stage of COVID-19 infection. These patients have developed the so-called cytokine storm syndrome in the form of interstitial pneumonia.”

The cytokine storm is the body's immune state, in which it begins to produce various types of substances that are intended to fight the inflammatory process, but which can also increase the inflammatory response leading to the patient's condition getting worse.

Życińska said: “Knowing about this situation, we use Tocilizumab, a drug that counteracts the inflammatory storm arising as a result of viral infection,” adding that Tocilizumab is an antibody that blocks an important substance called interleukin 6 which enhances the development of inflammation.

Professor Życińska said: “The situation in which there is a developed inflammatory reaction caused by the SARS-COV-2 virus can be compared to a fire in the human body infected with this virus.

“The fire here is a respiratory failure condition, in which the patient must use breathing support devices. Traditionally, we extinguish fire with water, and in the body we can extinguish or reduce the fire using this drug.

“Just like we had a fire in the Biebrza National Park, we can also have a fire in the patient's body. A symbol of fire in a patient infected with COVID-19 is the body's production of interleukin 6.

“When there is fire, smoke appears, and when there is inflammation, interleukin 6 appears.”

Tocilizumab has been used at the hospital since the outbreak of the epidemic, after it was transformed into an infectious diseases hospital. The drug is administered intravenously every few days, and between doses the patient is monitored by doctors.

To date, approximately 20 patients have been given the drug.

Życińska said: “The effects are spectacular. All patients who received the drug reacted spectacularly, after a few days they were all disconnected from the ventilator.”

The treatment has also been used in China and is used in the US and Italy. The Central Clinical Hospital in Warsaw is working closely with the centre in Turin, with which it exchanges research results. (PAP)