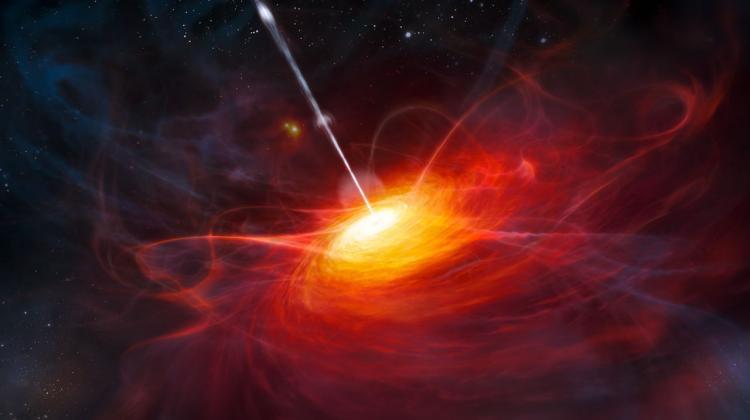 Artist's rendering of the quasar ULAS J1120+0641. The object is 13 billion light years from Earth. The laws of physics in that area of the Universe may differ slightly from those in our area. ESO/M. Kornmesser / CC BY (https://creativecommons.org/licenses/by/4.0)

Astrophysicists have found that the laws of physics in outer space are different to those in our galaxy.

By analysing a quasar signal from 13 billion years ago, they found that in addition, the magnitude of changes in these laws of physics in the Universe varies.

Professor Mariusz P. Dąbrowski from the University of Szczecin who took part in the international project told PAP: “In our research we wonder if the laws of physics here and now are the same as they were somewhere else long ago. It turns out that they are not.”

JOURNEYS IN TIME AND SPACE

Light travels at finite speed and as a result, by observing distant objects, we can 'travel in time'. When we look at the Sun, we see the light that gives information about what was happening on our nearest star 8 minutes ago. But when we look at the brightest stars in the Orion constellation - Betelgeuse and Riegel - we are witnessing processes that took place 427 and 720 years ago respectively. By observing astronomical objects further and further away, we gain insight into the distant past and learn what the Universe looked like a long time ago in a galaxy far, far away...

The international team of scientists led by John Webb analysed the light from the ULAS J1120+0641 quasar (the nucleus of an active galaxy) located 13 billion light years from us. This gave researchers insight into what the laws of physics looked like in a very young universe.

Webb said: “We reached for the quasar formed a billion years after the Big Bang. We found that a certain physical constant, the fine-structure constant (alpha), could have been smaller in that period than it is now.”

WHY ARE WE SO DENSE?

We humans (and everything we see around us) are held together by electromagnetic interaction. It determines the interactions of electric charges or chemical bonds. And the value that describes these interactions is the fine-structure constant.

The value of the constant determines, for example, how strongly particles attract. If this constant had a greater value than now, particles would attract each other more strongly, and matter would be more 'concise'. Meanwhile, a smaller constant - like in the part of the Universe from which the distant quasar originates - means that this matter may be less dense.

Webb said: “From previous calculations, we know the limits of the size of animals on Earth. The largest animal on Earth was the Brachiosaurus. Its record is hard to beat, because a larger animal would probably break under its own weight. However, if physical constants had a different value here, then the size limitations of organisms would be different too. A smaller fine-structure constant could therefore mean that larger organisms could be emerge.” 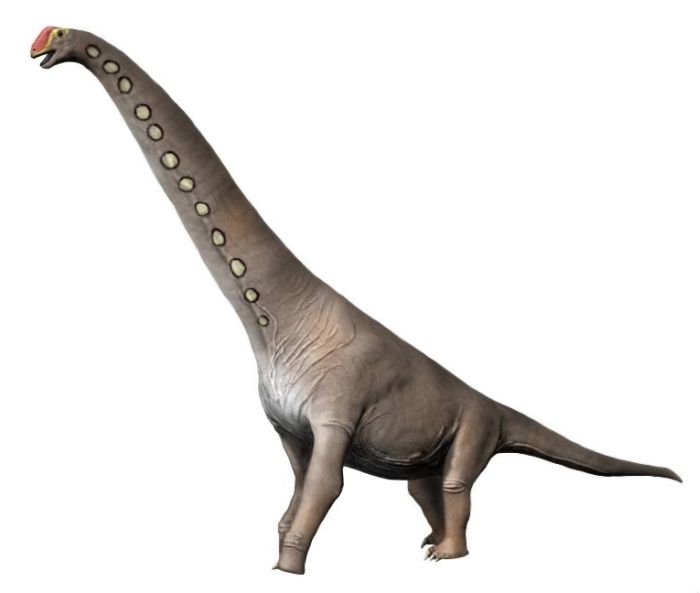 The Brachiosaurus was a record-large animal. With the laws of physics we have on Earth, it will be hard to break its size record. But who knows what sizes animals could reach in a place, where the laws of physics are different. Credit: Nobu Tamura email:nobu.tamura@yahoo.com  http://spinops.blogspot.com/ / CC BY-SA (https://creativecommons.org/licenses/by-sa/4.0)

The value of the fine-structure constant translates into the shapes of stars, planetary systems have, and potentially also life. New knowledge about the laws of physics in other parts of the cosmos can therefore change the approach to how we search for objects and... alien life forms.

That the laws of physics were slightly different billions of light-years from here is not all that the authors of the paper in Science Advances have found. Their research also confirms that changes in these laws of physics are not uniform in the universe. And this means that the Cosmos is not as symmetrical as previously thought.

Webb said: "Most observations to date show that the Universe is expanding and that expansion is taking place equally in all points and in all directions, like an inflatable balloon on which the letters stretch equally regardless of where they are. Recently, however, there are more and more signals that we could be dealing with cosmic dipoles in the Universe. A dipole is a system of two electric charges that distinguish a line.”

In the case of the distribution of the fine-structure constant in the Universe, we could be dealing with such a lack of symmetry. Professor Dąbrowski said: “If two points are at the same distance from us, for example 13 billion light years, but we look at one towards the north and the other towards the west, it may turn out that the value of the fine-structure constant will be different. And this means that the change of this constant in the Universe varies.”