Food For Thought: We Prefer to Eat What We Know But Food Neophobia Prevents Diet Change 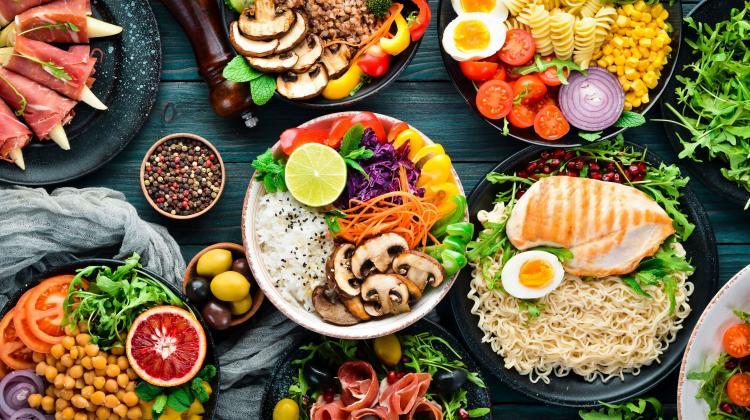 Aversion to unknown foods allowed us to avoid toxic foods in the course of our evolution. Now that food is in abundance, food neophobia may make switching to a healthier diet difficult, says psychologist Dr. Klaudia Modlińska from the Institute of Psychology of the Polish Academy of Sciences.

It is often said that we only like the songs we know. For some, this ‘Better-the-devil-you-know’ philosophy also applies to food.

The phenomenon called food neophobia can be a problem not only among children who want to eat only pizza and cookies, but also among adults who have to change their diet for health reasons.

THE MENU SIZE CHANGES WITH AGE

According to Dr. Modlińska who studies the biological background of neophobia: “There are people who will only eat pizza and burgers dishes from McDonald's during a trip to Vietnam. And there are those who always choose something they have never tried before from the menu.”

But aversion to new foods is not a yes-or-no phenomenon. “Each of us has a level of neophobia. And this level can change with age,” she said.

Reluctance to eat unknown foods is strongest in children between 2 and 6 years of age. Some of them are very hard to convince to eat anything but their few favourite dishes. Neophobia may also increase in older people and become the cause of their malnutrition.

Reluctance to eat unfamiliar dishes can also become a problem for people who must change their diet. For example, people with diabetes, coronary heart disease, liver disease, pancreas or gout disease receive a doctor's recommendation to change their diet, but often fail to do that.

Modlińska said: “Such people are sometimes criticized for stupidity, unwillingness, weakness. But the problem may be food neophobia: ‘I prefer to eat what I know, not what I am not used to’.”

She believes that a change in diet should consist not only in excluding certain products, but also replacing them with others. She said: “Young people who switch to vegetarianism stop eating meat, but eat only what they have eaten so far: pasta, cheese, sandwiches. They do not diversify the diet to supplement the ingredients contained in meat. As a result they sometimes gain weight. This is also associated with food neophobia.

"It's not enough to reason with them and explain the importance of vegetables in the diet. You need to go deeper into the psychological mechanisms.”

One of the ways of overcoming neophobia is exposure to new products. If a child looks at the ingredients of a sandwich and then makes the sandwich they will be more likely to eat it than a child that gets a prepared meal.

The same can apply to adults. “To familiarize adults with new food, they can be invited to participate in workshops, during which they cook new dishes,” says Modlińska.

The form in which the food is served is also important. If someone likes to eat hamburgers, it may be easier to get them to eat vegetables unknown to them by offering vegetable burgers than, for example, a salad made from the same vegetables.

In children, sometimes attractive naming of the product can help. For example, if a child only wants to eat 'meatballs', they can be persuaded to eat something new by calling it a 'meatball'.

To add a new product to your diet, you can also gradually add it to your food. For example, before you give carrots to a child, you can mix them with milk or porridge. Add broccoli to favourite spaghetti first so that it's no longer something completely new. “If someone associates a vegetable with a tasty dish, it will be easier to convince them to eat that vegetable', Modlińska says.

EVEN OMNIVORES DO NOT EAT EVERYTHING

She added: “Rats, like us, are omnivores. It gives us an evolutionary advantage, because it is safer to be able to eat from different sources than from one. But on the other hand it also poses a threat, because some products that appear to be edible are toxic.

“So there must be a mechanism to control what we eat so that we don't eat everything.

“Now, however, we have more than enough food. The problem starts when we enter the path of eating foods that are unhealthy, or ones we eat so much of that they replace other, healthy foods. Then neophobia becomes a problem.”

Although neophobia is stitched somewhere in the genes, the level of related aversion to unknown foods is greatly influenced by the environment.

Modlińska said: “If a pregnant mother has a more varied menu, her baby will be more encouraged to try new foods. The same applies to the feeding period. Food information reaches the foetal waters, is found in the breath of the mother, the smell of her skin, in milk.

“If the family is prone to eating a variety of foods, the child will behave differently at a later age than the child from a family, which is restrictive when it comes to diet.”

The conclusions come after observing the behaviour of rats.

Modlińska is now looking to further investigate neophobia by focusing on ‘foods of the future’ at the University of Warsaw.

She said: “We're investigating psychological barriers that usually make us unwilling to eat insects. After all, a piece of meat does not look nice either. And people still eat it… .”