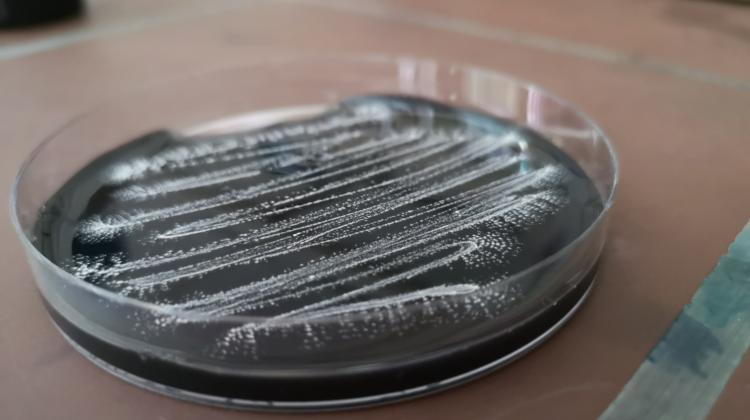 A new strain of Actinobacteria which can protect plants from fungi has been discovered in soot from regularly used chimneys.

Actinobacteria are microorganisms, bacteria, commonly found in the environment, especially in soil, and produce many useful substances, e.g. antibiotics: streptomycin, neomycin or vancomycin.

But because of growing antibiotic resistance, scientists are still looking for new strains of Actinobacteria, paying attention to previously neglected and extreme environments, including digestive tracts of insects, caves and Antarctica.

Microbiologist Dr. Piotr Siupka from the University of Silesia in Katowice who made the discovery said that the new strain has strong antifungal properties and can potentially be used to protect plants against pathogenic fungi.

He said: “I took soot samples from an active, regularly used chimney. In the laboratory, I isolated an Actinobacterium with has strong antifungal properties. We tested it on five fungi of various genera, including plant pathogens (for example Fusarium). It turned out that the isolated strain was active against all of them.”

Two experiments were carried out to prove the antifungal properties. In the first experiment, Actinobacteria and fungi were simultaneously placed on the culture plates.

Dr. Siupka said told PAP: “At an early stage, after two or three days of cultivation, we observed an inhibitory effect (inhibition of fungal growth in the vicinity of Actinobacteria - PAP), after more days it was more visible.

“In turn, the second experiment consisted in plating Actinobacteria first and adding fungi after 14 days. In this case, fungi could not grow at all."

Further research will show whether the isolated strain can find application in protecting plants against pathogenic fungi. At this stage, a negative impact of the strain on the plant cannot be ruled out yet.

The next step was to study the genome (information encoded in DNA) of the new strain. Scientists can read from it information on the presence of pathways for the synthesis of various compounds by the organism, both as part of the primary metabolism that enables organisms to live, and secondary, where compounds are produced that are not necessary for survival, but may be beneficial under certain conditions.

“Based on DNA, we can also identify the organism and find out if it is a new species. Here, it turned out that this was a new strain of the Streptomyces genus. Interestingly, this strain has 55 secondary metabolite pathways; that is a lot Usually, soil Actinobacteria have between 20 and 30 pathways on average, and those from extreme environments may have more than 40. According to the literature data we have collected, only two strains of Actinobacteria have more of these pathways,” Siupka said.

He added: "The number of these pathways is one thing, but while searching the database, the server showed that in the combination of different groups of secondary metabolites, 32 were not similar to any other, so they can synthesize new, unknown compounds. This will require further research, but that says a lot about the potential of this Actinobacterium.

"To sum up, this strain of Streptomyces sp. S-2 is interesting in many respects. Firstly, (because of - PAP) the environment from which it was isolated. Secondly, it has strong antifungal properties. In addition, it has a lot of secondary metabolite pathways, significantly above the average for the whole Streptomyces genus. It is enriched in secondary metabolite pathways, which may be responsible for the synthesis of biologically active substances, and many of these pathways are unlike the ones in the database.”

The next steps to learn more about the Actinobacterium will include research on its effects on plants, chemical analyses of secondary metabolites it produces and further genetic studies of these pathways.

The research involved scientists from the Faculty of Natural Sciences of the University of Silesia in Katowice: Dr. Piotr Siupka, Artur Piński, Dagmara Babicka and Professor Zofia Piotrowska-Seget.