Have you bird about this! Polish birds fly on the right 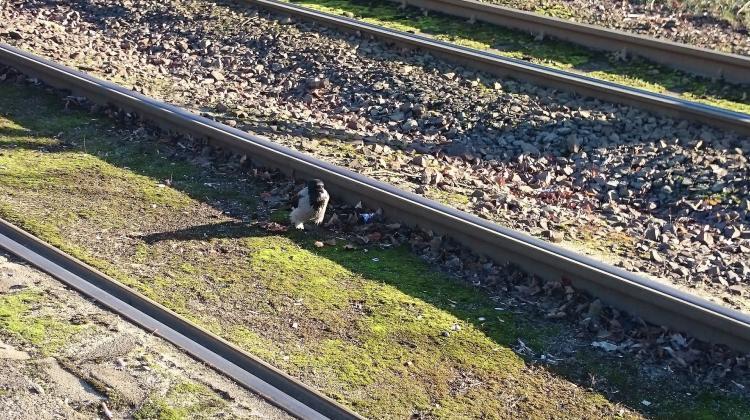 Birds in urban areas seem to know the “rules of the road’ and avoid being hit by trams, a new study has found.

Researchers from the Poznań University of Life Sciences examined the behaviour of nearly 300 birds to see how they dealt with tram tracks.

In total they studied 298 birds of which two-thirds were corvids (jackdaw, rook, magpie, hooded crow), and almost a quarter were pigeons (city pigeon).

Corvids are extremely intelligent birds, and studies carried out in Canada have shown that the American crow is able to understand that vehicles on the road follow a specific trajectory, in this case only along the selected lane. Crows in the same lane as a fast approaching car quickly flew away or moved to the adjacent lane, while a large proportion of birds from the adjacent lane remained. A crow would never move to the lane, in which a car was approaching.

But the Poznań researchers wanted to see how these birds responded to tram tracks.

According to author of the paper published Klaudia Szala in Transportation Research: “There was virtually no knowledge about this, so we decided to investigate.”

Professor Piotr Tryjanowski from the Institute of Zoology at the Poznań University of Life Sciences added: “We assumed that birds should be more likely to turn their heads against the direction of travel to see the impending danger in the form of a tram - but only on the tracks.

“On the safe side of the tracks, there should be no differences in the proportion of time spent with the head facing each side.

“We also determined the conditions in our sections, including the presence of a roadside, the presence of vegetation on the side of the tracks, the type of surface under the tracks and the distance to the nearest tram stop.”

The researchers found that more birds were observed on the side of the tracks rather than on them or overhead lines. They also found that in the summer jackdaws preferred tracks with side overgrown with vegetation, while in winter more rooks could be found further from tram stops.

“Interestingly, in the case of jackdaws on the tracks, the birds were more often facing the direction, from which a tram could come. We did not find such a pattern for other species or for jackdaws present on the side of the tracks`, the researchers say.

In their opinion, two conclusions can be drawn from this. The first is that jackdaws may be aware of the fact that the tram is moving along a certain trajectory (on tracks) and that they are safe on the side of the tracks. Secondly - jackdaws expect which side the tram can come from, so they know that ... Poland uses right-hand traffic!

However, the lack of a similar patterns in other species of corvids may also suggest that an approaching streetcar can be fairly easy to detect, and vision may not be the only sense involved. For example, birds may also rely on hearing or ground vibrations, scientists suggest.

"Trams and birds is a topic that has not attracted much interest of researchers. It is a pity, because the development of public transport is the future for many cities and it would be good to know what the birds` coexistence with this type of transport looks like. We hope that our research will inspire other researchers and similar research will be carried out in other cities,” the researchers said.