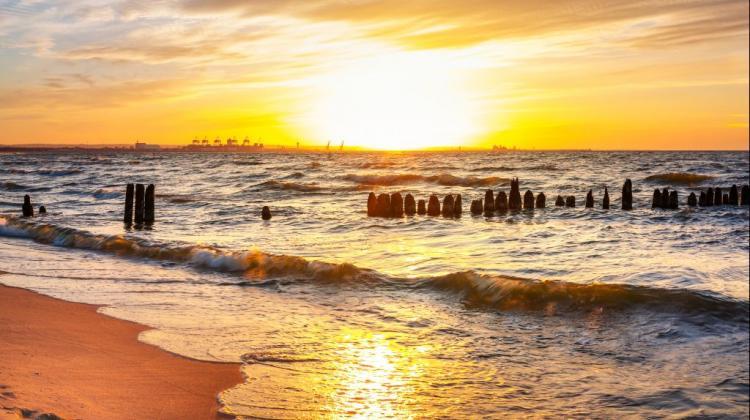 A leading scientist has warned of the potential dangers from the thousands of tonnes of conventional and chemical munitions littering the bottom of the Baltic Sea.

Speaking at a Maritime and Safety Congress in Gdynia, Professor Jacek Bełdowski from the Marine Biochemistry Laboratory of the Institute of Oceanology of the Polish Academy of Sciences told delegates that unless action was taken the seabed munitions could float up and explode.

“When the rope rusts, the mine begins to ascend and detonates after changing the depth. Such mines are tracked especially diligently by all navies, including Poland’s.

`As for poisoning people and fish, we don`t have enough data to speak of probability. However, the bombs leak poisonous substances, the seabed is contaminated in their immediate vicinity (up to 250 m).

‘Some of these poisons accumulate in fish. At the moment it is at a very low level, because the Clark found in fish occurs in concentrations of nanograms per gram (thousands of times less than the toxic dose), so they do not pose a threat to consumers.

‘However, they have a negative impact on fish, which are more susceptible to diseases, among other things.’

He added that if the leak from a sunken weapon is the same or smaller than today, we`re safe. However, if suddenly a large leak occurs, `we have a problem.’

Corrosion models suggest caution. Air bombs should completely corrode by 2030, and missiles, of which there are a lot, around 2100. But this is the average speed of corrosion. There is no inventory of ammunition and monitoring of at least a few places. Only studies of the trend in time will allow for a more accurate forecast.

In response to the dangers, a special project called DAIMON (Decision Aid for Marine Munitions) has been created. Involving a number of Baltic institutes from Finland, Sweden, Denmark, Estonia, Norway, Lithuania, Germany and Poland, the project which is currently in its second phase - DAIMON2 - will ‘integrate their research.’

The project’s activities are being coordinated by the Institute of Oceanology of the Polish Academy of Sciences.

In addition, the Institute carries out searches alongside the Polish Naval Academy collecting samples, identifying finds, setting tasks and determining the biodiversity of organisms living in a given area and analysing contamination.

The Polish Naval Academy also carries out underwater work, models ammunition corrosion and estimates people`s safety. The Military University of Technology also participates in the project. Assistance is also provided by the University of Warsaw and the University of Gdańsk.

In the first edition of DAIMON (2016-2019), the Decision Support System (DSS), a digital tool that allows public institutions and enterprises to assess the situation regarding the munitions at the bottom, was created.

It also explores shipwrecks, sediments, the amount of fish in relation to fishing, tourism and shipping. Based on artificial intelligence, the program not only assesses the risk associated with the presence of munitions, but also proposes the best solutions, for example extraction and destruction, securing or controlled explosion.

Researchers have also developed what they call an ECO Toolbox for studying the environment.

Bełdowski said that in high risk cases they would look at carrying out controlled underwater detonations.

He said: ‘This option is advised in the case of the highest risk. But the final decision lies with the institutions responsible for the sea and the environment. In my opinion, we can expect at least individual cases (of weapons extraction - PAP).

‘At present, conventional munitions are more often simply exploded, but it is not environmentally friendly because it spreads contamination. Chemical munitions are currently being extracted in Japan and China. This is done by packing munitions still on the bottom into sealed containers and transporting them to the installation where they are destroyed in a closed system.

‘The Safe Baltic consortium has now been formed in Poland; it plans to duplicate this system.`