The good, the clever and the awesome! Contemporary Polish Scientists, Inventors and their Research 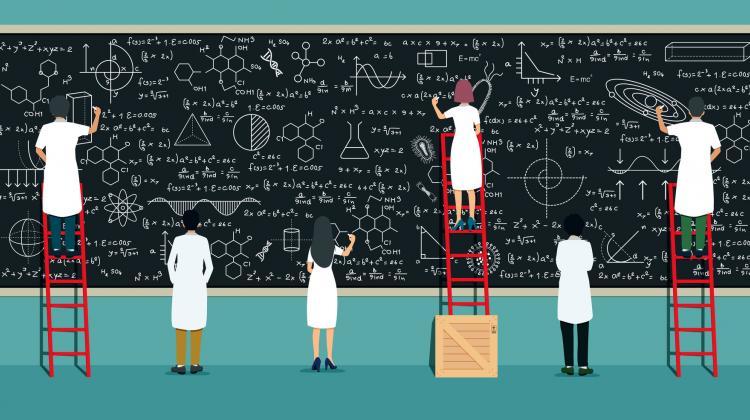 On February 19 (the birthday of Nicolaus Copernicus) Poland celebrates a new holiday, Polish Science Day in recognition of the achievements of Polish scientists. Here is our list of highlights over the last few years.

There are currently 17 native languages and language varieties spoken in Poland, and they are by no means just different varieties of Polish. But most of these languages, such as Wymysorys or Rusyn, are threatened with extinction. Dr. Justyna Olko from the University of Warsaw, who coordinated a project devoted to language revitalization, believes that dying languages cannot be saved by researchers alone. Local communities must be involved.

Economist Dr. Anna Matysiak from the University of Warsaw (ERC Consolidator Grant winner) investigates how changes in the labour market affect the decision to have children. The researcher analyses how the approach to the family changes in the context of globalisation and technology changes. Her research will be carried out in the European Union, USA and Australia.

The oldest human remains in Poland are over 100,000 years old. These are the hand bones of a Neanderthal child, digested by a large bird, which Professor Paweł Valde-Nowak from the Jagiellonian University announced in 2018. His team found the remains in Cave Ciemna (Małopolska).

Polish researchers, including archaeozoologist Dr. Marta Osypińska from the Institute of Archaeology and Ethnology of the Polish Academy of Sciences in Poznań, showed that in the first centuries of our era miniature dogs were bred in Egypt. This was confirmed by the discovery of the remains of a 30cm-high Maltese dogs from nearly 2,000 years ago.

Hundreds of cave paintings, the oldest of which may even be more than 10,000 years old, have been discovered in the Swaga Swaga reserve in Tanzania by Polish archaeologist Maciej Grzelczyk from the Jagiellonian University. Among the most interesting are images of meteors and comets.

On the occasion of the birthday of Toruń astronomer Nicolaus Copernicus, it is worth recalling that archaeologists discovered that the place where Toruń was founded in the Middle Ages was located about 10 km west of the current historic centre, the Old Town. It was surrounded by a rampart and moats. Scientists have determined this based on aerial photographs. The team`s work was coordinated by Romualda Uziembło from the Regional Museum in Toruń.

Research conducted by a Polish team has shown a direct relationship between love and the number of children. It turns out that involvement in a relationship with a partner has a beneficial effect on reproductive success. By studying people from Tanzania, researchers from team led by Professor Piotr Sorokowski from the University of Wrocław investigated whether in traditional cultures couples who really love each other have more children.

Compulsive sexual behaviours first appeared in the World Health Organization (WHO) disease classification in June 2018. Psychologist Dr. Mateusz Gola`s team carried out research on the background of this disorder.

The world`s first procedure of intravascular drug administration to a malignant brain tumour under MRI was carried out in November 2017 by Polish doctors. Dr. Michał Zawadzki from the Ministry of Interior and Administration hospital in Warsaw and Professor Mirosław Janowski from Johns Hopkins University in the US, who performed the procedure, say that this method can revolutionize the treatment of brain tumours.

Polish scientists from a team led by Professor Jakub Gołąb from the Medical University of Warsaw discovered a new mechanism that cancer cells use to deceive the immune system. Cancer cells can send "malware" to lymph nodes to block lymphocyte function. Work is already underway on therapy using this knowledge.

About 30 percent of pregnancies are miscarried in early development. Professor Magdalena Żernicka-Goetz from the University of Cambridge studies the mechanisms of embryonic development, including the dialogue between genes and cytoplasm. Her findings can help prevent developmental anomalies in humans.

Cells malfunction sometimes. A team led by Professor Agnieszka Chacińska from the University of Warsaw and Professor Betina Warscheid showed what happens when mitochondria fail in the cell. They found that the cell temporarily stops the production of all proteins, the basic sets of blocks, of which the cell and its components are built.

Ewelina Szymańska and Professor Marta Miączyńska and colleagues from the International Institute of Molecular and Cell Biology in Warsaw identified a gene called the `Achilles` heel` of colon cancer cells. Its loss or the inhibition of its product`s activity causes cell death. The discovery may improve the effectiveness of cancer treatment.

Thanks to Polish scientists, five satellites are already in orbit. These are two BRITE satellites (Lem and Heweliusz), KRAKsat, PWSat2 and Światowid. PWSat was also a Polish satellite, but it has already completed its mission. The Polish-Finnish project ICEYE is also in orbit.

Polish researchers contribute to the Solar Orbiter mission, which embark on its journey towards the Sun in February 2020. Scientists from Warsaw and Wroclaw, in cooperation with Swiss, Czech, German and French researchers, developed STIX (Spectrometer/Telescope for Imaging X-rays). This special X-ray telescope will record solar flares.

A unique 3D map of the Milky Way was presented by scientists from the University of Warsaw Astronomical Observatory, working as part of the Optical Gravitational Lensing Experiment (OGLE) project. The map provides new information on our galaxy’s history, among other things.

The asteroid “Oumuamua of extrasolar origin, discovered in 2017, does not spin in a straight motion, but rather `tumbles` through outer space,” according to observations conducted under the supervision of astronomers from the Jagiellonian University.

Polish researchers reported that the largest mammal-like reptile known to date, Lisiowicia bojani, lived in Silesia about 210 million years ago. In terms of weight and dimensions, it was similar to elephants.

Polish palaeontologists discovered the bones of Pliosaurs, powerful marine predators living in the Jurassic, approx 150 million years ago, near Iłża (Mazowieckie). The remains of these largest Jurassic marine predators have been discovered only in a few places in Europe. The discoverers are palaeontologist Dr. Daniel Tyborowski from the Museum of the Earth of the Polish Academy of Sciences and Dr. Błażej Błażejowski from the Institute of Paleobiology PAS.

One of the five largest megafloods in the history of the world happened in the Suwałki region several thousand years ago, scientists determined. Its effects can be seen to this day. The groundbreaking discovery of scientists from the Nicolaus Copernicus University changes the thinking about the landscape of Central Europe and explains the genesis of Lake Hańcza, among other things.

Diamond, graphene, graphite, fullerenes (as well as nanotubes) are no longer the only known varieties of carbon! Carbon has been observed in another form: cyclocarbon, an atomic size carbon ring. Dr. Przemysław Gaweł, a Polish researcher from the University of Oxford, contributed to the discovery reported in Science.

Photons - particles with no mass, moving at the speed of light - can be tricked to "stop" and behave like completely different particles, ones having mass and reacting to magnetic field electrons, a team led by Professor Jacek Szczytka from the University of Warsaw demonstrated.

Hidden but not unseen:

Polish researchers showed how to use an optical microscope to image nanostructures hidden under record-high thick tissue `blanket`. The solution will allow us to see what is happening in the cells in their natural environment. It will be possible to see under the microscope objects up to 400 times smaller than the thickness of the tissue that covers it. One of the scientists behind the discovery is Dr. Piotr Zdańkowski from the Warsaw University of Technology.

ANS (Asymmetric Numeral Systems) coding is an invention of Dr. Jarosław Duda from the Jagiellonian University. It is widely available in computer software around the world. It enables data compression in computers and other electronic devices. Thanks to this, the speed and efficiency of information flow by electronic means increased up to 30 times.

Polish inventor Marta Karczewicz devoted her entire professional career to the development of video compression technology. Today, thanks to hundreds of solutions she developed, we can watch high quality movies online, conduct video conferences or use virtual and augmented reality on mobile devices. Every time a video file is sent via a website or TV signal, it is probably encoded using the Advanced Video Coding (AVC) standard, the development of which the Polish researcher contributed to.

At the Copernicus Science Centre, chicken meat was grown on spinach leaves (2 million chicken muscle cells were placed on a cellulose spinach leaf skeleton). This experiment was intended to show that producing meat without animal suffering - in a laboratory - is not a distant future. Stanisław Łoboziak from the Copernicus Science Centre, who produced the meat, mentioned that in terms of consistency, the product resembled seaweed and had a salty taste.

Every year, approx. 631 million mammals and nearly 144 million birds fall prey to cats in Poland, scientists from WULS-SGGW, the Forest Research Institute in Raszyn and the Mammal Research Institute PAS in Białowieża estimate. The scientists say that on a national scale this negatively affects biodiversity, for example endangered bird species.

Polish scientists: Agnieszka Górecka, Aleksandra Urbanek and Tomasz Paterek were among the 2019 Ig Nobel Prize winners in biology. In cooperation with researchers from Australia, Bulgaria, China, Singapore and the US, they proved that dead American cockroaches have different magnetic properties than live ones. This may indicate the importance of the magnetic field in the life of insects. The Ig Nobel Prize is a satirical counterpart of the Nobel Prize awarded for `achievements that first make people laugh, and then make them think`.

Another Polish research project regarding magnetism also makes people laugh and think: dogs position themselves in a magnetic north-south direction when defecating. However, the preference for this direction may be disrupted by the presence of even a small magnet nearby. The magnetic sense of dogs is probably very sensitive, suggest scientists from Poland (Adam Mickiewicz University and Poznań University of Life Sciences) and Israel (Ben Gurion University of the Negev).