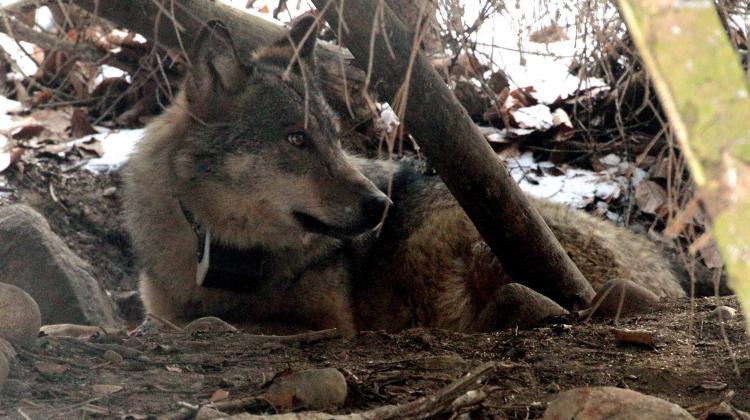 Scientists have developed a system for identifying the most dangerous sections of roads for animals, and where best to install warning signs and speed limits.

Every year, over 60 wolves and several lynxes are killed on Polish roads. Wolves and lynxes are strictly protected, but collisions with vehicles are among the biggest threats to the predators.

To combat the high mortality rate, scientists from the Association for Nature "Wolf" and the Faculty of Biology of the University of Warsaw in cooperation with the Roztocze National Park, fitted four wolves and a lynx with telemetry collars. Each collar contains a miniature GPS transmitter, which uses the GSM mobile network to provide researchers with information about the location of the predators. During the first year of research, scientists collected a total of 15,563 predator locations.

Project leader Dr. Sabina Nowak, president of the Association for Nature ‘Wolf’, said: “Telemetry studies provide the most accurate information about the places where wolves and lynxes cross roads. Such data cannot be obtained by any other method.”

By observing the locations the researchers identified sections of provincial and local roads most often crossed by the animals in the Roztocze National Park and its buffer zone. The report containing the research results will now be sent to road managers and nature protection institutions.

“Our research is a great example of using scientific methods in the protection of rare species,” said research co-author Dr. Robert Mysłajek from the Institute of Genetics and Biotechnology of the Faculty of Biology, University of Warsaw.

The "Wilk" Association said there will soon be further reports for other areas in Poland where telemetry tests of predators are carried out.

The data will also be used to determine the location of animal crossings on expressways.

Under Polish law, fencing roads frequented by animals is compulsory.

Dr. Nowak said that the only chance for wolves and lynxes to cross highways and expressways safely is by designing well-located passages.