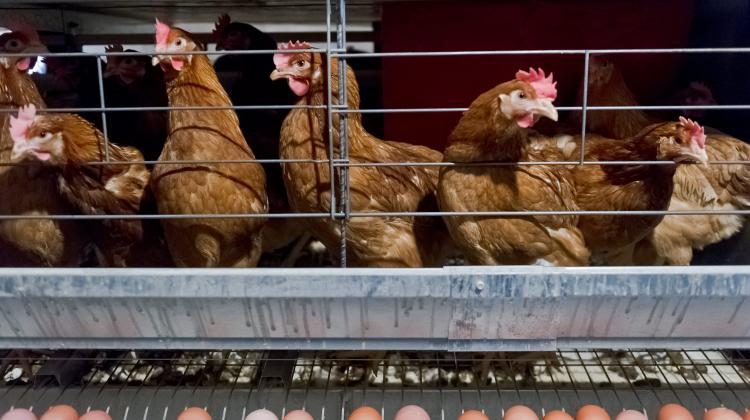 Researchers are looking to use feathers from poultry slaughterhouses to produce nonwovens for covering crops on ski slopes and plants sowed on railway embankments.

The scientists from Łódź and Kraków are working on processing feather waste because it can no longer be processed into poultry meal and fed to animals.

Coordinators of the project EkoPióro (`Development of innovative protective nonwovens with the addition of feathers`) said that poultry feathers account for 4 to 7 percent of live weight. Their further processing is carried out by disposal facilities that convert them into poultry meal.

Until 2004, poultry meal was added to industrial feed. However, the European Parliament banned its use in farm animal feeding. Currently it can only be used as an organic fertilizer or as an additive for combustion in industrial boiler rooms.

Because producing poultry meal is twice as expensive as these products, scientists are now looking for new methods of processing waste from poultry slaughterhouses, that will be both economical and socially useful.

So far, they have developed two groups of ecological nonwovens with the addition of feather keratin fibres. Type A fibre will be used to cover snow piles, type B fibre - to cover sowed grass-bean mixture. Such sowing requires special protection in difficult areas, such as ski slopes or railway embankments.

Innovative protective nonwovens are being tested in laboratories and in field (natural) conditions in the experimental field in Jaworzyna Krynicka, in the Forest Experimental Station in Krynica-Zdrój.

The project, which is being carried out by the Łukasiewicz Research Network - Institute Biopolymers and Chemical Fibres in Łódź and the Agricultural University in Kraków in cooperation with industrial partners CEDROB and POLTOPS, will continue until 2021.

The researchers received the Indian Innovators Association award and the Gold Medal from the National Research Council of Thailand.

Its budget exceeds PLN 8 million, of which EU funding is over PLN 5.5 million.