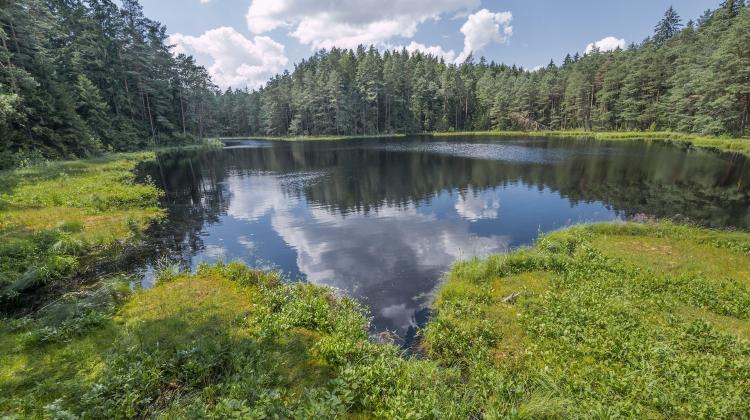 Animal protection in national parks in Europe needs improvement, say scientists from an international team, including Polish researchers. They call for harmonization of regulations concerning the management of wildlife populations in European national parks.

How are wild animals managed in European national parks and what factors influence management decisions? This issue was analysed by a team of 29 scientists (including researchers from the Mammal Research Institute of the Polish Academy of Sciences in Białowieża). The team leaders were Suzanne van Beeck Calkoen and Professor Marco Heurich from the Faculty of Environment and Nature Resource Management at the Albert-Ludwigs-Universität Freiburg (Germany).

To explore ways of managing wildlife populations in European national parks, researchers collected data from 209 parks in 29 countries. They rated animal management in parks in terms of adjusting parks to near-natural conditions. The following factors were taken into consideration: species composition of both ungulates and predators (native and foreign species) as well as direct human intervention (hunting and feeding).

Polish national parks rank roughly in the middle of the list of European parks in terms of interference in natural processes, but slightly higher (in the better half) in terms of the composition of the animal group, says Professor Krzysztof Schmidt.

Research shows that the protection policies of European national parks are extremely diverse. That is why scientists call for harmonization of the legal framework to improve the protection of wildlife.

The team also showed that many European national parks fail to achieve the objectives of managing protected areas in line with the guidelines set out by the International Union for Conservation of Nature (IUCN).

`In contrast to the United States and Canada, in Europe there are no standard regulations for handling ungulates such as roe and red deer within the national parks," explains Van Beeck Calkoen.

`In more than two-thirds of the national parks, ungulate populations were regulated through culling, hunting, or both`, notes the lead researcher Professor Heurich.

In addition, only 28.5 percent parks are in compliance with international standards in that they have excluded at least three-quarters of their total surface area from human intervention.

`Polish national parks rank roughly in the middle of the list of European parks in terms of interference with natural processes, but slightly higher (in the better half) in terms of the composition of the animal group`, adds the article co-author, Dr. Krzysztof Schmidt from the Mammal Research Institute PAS.

According to the researchers, the lack of a common policy and the differences between countries regarding the species composition of animal groups, hunting traditions, as well as the political and cultural context have led to serious differences in wildlife management in European countries.

Researchers argue that in order to achieve the conservation objectives set for national parks, and to improve the strategy for dealing with wild animals, it is necessary to develop uniform rules for the protection of wild animals across Europe, ones that that would comply with the IUCN guidelines. A framework is needed that will provide a universal definition of national parks with clearly defined regulations, requirements and policies. Researchers emphasize that parks require an integrated, adaptive management system that takes into account all processes in ecosystems, but also local traditions and the socio-political context in individual countries.

The authors of the publication also propose to create a European network of national park authorities that would promote knowledge sharing and improvement of the nature resources management system.

Scientists presented their conclusions in the Journal of Environmental Management.