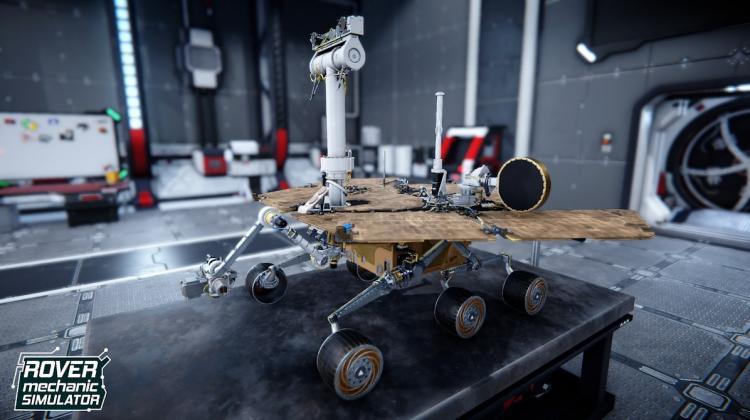 Specialists from a Polish company developed a computer game for future space engineers. In Rover Mechanic Simulator you can play a mechanic working in a Mars colony, responsible for Mars rover maintenance.

The player`s task in Rover Mechanic Simulator is to repair and maintain Mars rovers. For this purpose, a hangar with various equipment is available, including a crane, 3D printer, controller configurator. During the game, the character acquires experience and unlocks further skills.

According to the game authors from Pyramid Games S.A., educational aspects were included in the game, for example detailed descriptions of individual parts, allowing player to learn what the various components of the rover are used for.

`If you nostalgically remember the Pathfinder mission, were amazed by the first Mars rover Spirit`s selfie, or you are waiting for the safe launch of the NASA`s Mars2020 rover mission or the ESA`s Rosalind Franklin - this game is for you!`- the game authors write in a pres release.

The developer of Mars Rover Simulator is Pyramid Games S.A., a Lublin-based Polish company founded in 2012. The game publisher is PlayWay S.A. The production was made available (early access) on the Steam platform. The plans of the Polish studio also include a production called Soviet Space Engineers, where you can play an engineer in the Soviet space program, or the title of Occupy Mars: The Game, in which the goal will be to establish a Martian base.