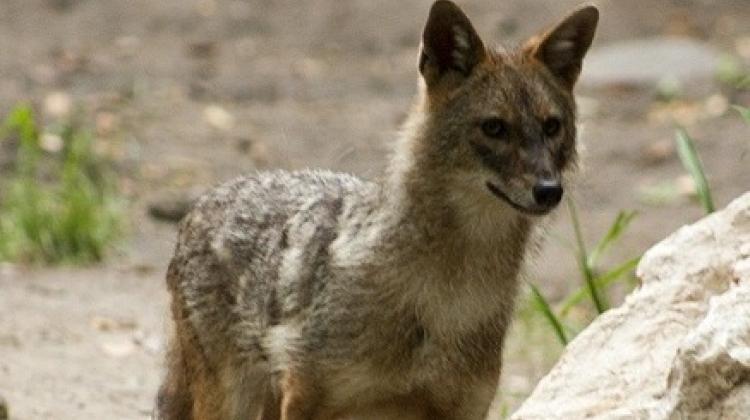 Golden jackals are still rare in Poland. But experts have further evidence that this species expands to the north. Reproduction of this predator has recently been confirmed in the Sztum poviat (Pomeranian Voivodeship).

Golden jackal is one of those southern species that are gradually spreading in Europe. In recent years, these predators have been spotted in Belarus, Poland, Estonia, and even in Denmark and Finland. However, their reproduction in the area of natural expansion has so far been rarely recorded.

In recent years, however, the reproduction of jackals in northern Poland has been documented. These cases were described by the authors of the article published in Mammalian Biology, scientists from the Mammal Research Institute of the Polish Academy of Sciences in Białowieża and the Institute of Nature Conservation of the Polish Academy of Sciences in Kraków in cooperation with an employee of the Kwidzyn forest inspectorate.

In the summer of 2015, a pair of jackals with four young were spotted near the Nogat River in the Sztum poviat. In August 2017, five jackal pups were observed and individually photographed in the same area, reports one of the authors of the work, Professor Rafał Kowalczyk, director of the Mammal Research Institute PAS.

According to the scientist, jackals have been seen regularly in this area since August 2015, their characteristic howls were also recorded. The area, where the reproduction of jackals has been confirmed, is the northernmost place of their reproduction within the range of the species. Interestingly, reproduction and first observations of jackals in Poland from the same year indicate that the expansion of this predator probably took place earlier, but these animals had not been identified before due to the lack of knowledge about this species and their expansion.

After media reports about jackals in Poland, scientists monitoring their occurrence began to receive reports of observations of these animals. `However, of those that could be verified based on photographic material, the vast majority turned out to be foxes, often suffering from scabies, as well as dogs and wolves. To date, we have 15 confirmed observations in Poland, of which seven were dead individuals, while the remaining eight were captured by photo and video traps. However, in most cases these are single, not repeated observations from a given place. This indicates that the jackal is still rare in Poland; most of these animals are migrating individuals, but the local settlement of the species with reproduction does occur`, emphasises Professor Kowalczyk.

Although it is difficult to estimate the population of this predator, that does not prevent hunters from reporting the occurrence of jackals, and even planning to obtain it. According to hunting statistics, there were 1054 jackals in 2019 in Poland, and 1325 individuals were planned to be shot. However, these data are far from reality considering only a dozen or so observations of the species in Poland, says Professor Kowalczyk. Observations of jackals are still such a sensation that all sightings are usually reported by the media.

The authors of the article on the reproduction of jackals mention that including this species on the game animal list was too hasty due to its status in EU regulations. The jackal has been included in Annex V to the Habitats Directive, grouping species of animals and plants important for the Community, acquisition from the wild and exploitation of which may be subject to management activities. This means that their acquisition should be consistent with maintaining their population in a favourable conservation status. It seems that due to the sporadic occurrence of jackals in Poland and the risk of confusing individuals of this species with wolves, we should refrain from hunting these predators.