How A-Boat This! Massive Centuries-Old Shipwreck Found on Bottom of River Vistula 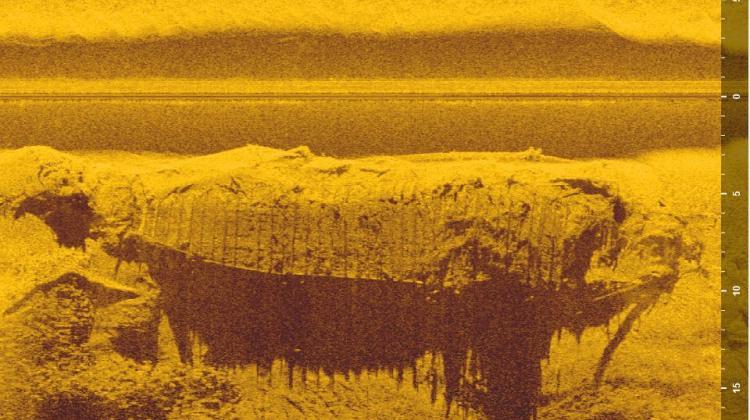 A huge shipwreck measuring 37-metres-long and dating back centuries has been discovered by archaeologists in the Vistula River north of Warsaw.

The 6-metre-wide vessel which was probably used to carry up to 100 tonnes of goods, was found by scientists carrying out research on the bottom of the Vistula in an area covering a dozen or so kilometres.

Underwater archaeologist and head of the project, Artur Brzóska from the Association of Archaeologists Jutra, said: “This is most likely a large transport vessel that was used from the 14th to the 18th century.”

Because of poor visibility and rapid currents the researchers failed to find any items related to the boat, for example, but as Brzóska pointed out: “We probably can`t count on much anyway. I believe that the boat probably transported grain to Gdańsk. Such goods could not be preserved.”

Boat wrecks are very rare. The best-preserved vessel of this type in Poland was recovered in 2018 in Czersk, from where it was transported to the Rybno Storage and Studio Centre of the State Archaeological Museum in Warsaw.

The second previously unknown wreck was located near Buraków. Brzóska believes that because of its guides, probably for ropes, on its sides, this is most likely a ferry from the end of the 19th or from the first half 20th century.

Only two wrecks were previously known in this section of the river: one from the 16th century (the type of vessel is difficult to determine due to its condition) and another from the 19th century. This is a so-called berlinka, or longitudinal barge for canal and river sailing.

Researchers also came across the remains of a World War II bridge, located near Łomianki Dolne. These are five piles driven into the bottom of the river. Remains of steel structure are also preserved. “Our analyses and historical information show that the bridge was built by German sappers,” Brzóska said.

Sonar mounted on a motorboat was used during the research. After selecting promising sites, the scientists dived to verify the findings. Before starting the actual tests, they tested the sonar on the Vistula near Warsaw`s Old Town.

During the experiments, researchers also found a fragment of the ship driven into the bottom of the river. According to Brzóska, it could also be a cargo boat, as evidenced by a fragment of the vessel pulled to the surface. It is a wooden bottom frame weighing about 250 kg, which was part of the bow or stern of the boat.

Last year, archaeologists sailed around 400 kilometres in a motorboat along parallel lines, to survey a 13-km-long section of the river with an area covering nearly 500 hectares.

Now scientists want to take research samples from the newly-discovered boats to determine the precise age of the sunken vessels. The project was financed from the funds of the Ministry of Culture and Scientific Heritage, with the substantive support of the Institute of Archaeology of the University of Warsaw.