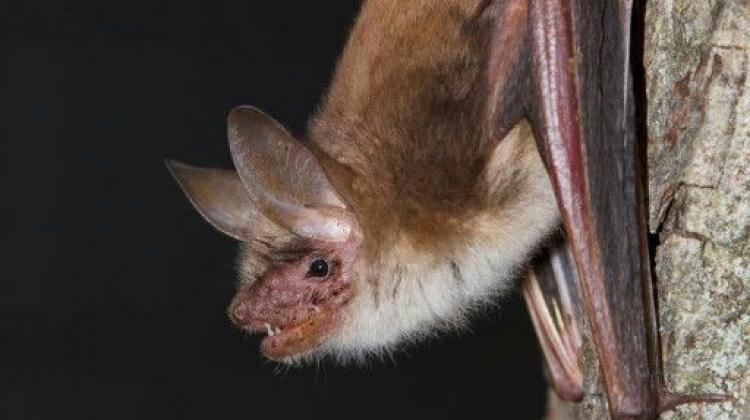 As many as 38,910 bats hibernate in the tunnels of the Międzyrzecz Fortification Region. This is a record result in the history of monitoring conducted in the area since 1999 by scientists from the Wrocław University of Environmental and Life Sciences.

The number of bats hibernating in the Międzyrzecz Fortification Region has increased by 3,000 to reach a staggering 38,910.

Up to 70 bat experts from 12 different countries descended on the region last week to carry out a mass count of the underground fortifications.

Dividing into groups, the chiropterologists found that within the huge number there were nine different species of bat.

The annual bat count in the Lubusz province, which is this largest Polish site for hibernating bats and one of the largest in this part of Europe, is always carried out on the second weekend of January.

Team leader Dr. Tomasz Kokurewicz from the Wrocław University of Environmental and Life Sciences said: “This significant increase is mainly due to the greater mouse-eared bat population increasing.

“It is a thermophilic species and prefers 7 to 9 degrees Celsius during the winter.

“Underground tunnels now have this temperature due to global warming.

"They used to be colder. That is why the number of greater mouse-eared bats has grown.”

Most of the species hibernating in the Międzyrzecz Fortification Region are associated with forests and waters, and there are plenty of those in the region.

Dr. Kokurewicz said: “Insects in the forests and by the water are the main food base for bats in this area. As in previous years, the count has shown that greater mouse-eared bats, Daubenton`s bats and Natterer`s bats dominate. In turn, the rarest species are Bechstein`s bats and pond bats.”

The bat count has been held in the Międzyrzecz Fortification Region since 1999. Its goal is not only to study the bat’s biology but also their protection. The activities are supervised by the Regional Directorate for Environmental Protection in Gorzów Wielkopolski.

Every five years, Poland is required to submit a report to the European Commission on the status of valuable natural habitats and species protected under Natura 2000 areas, of which the Międzyrzecz Fortification Region is one. Most of it also has the status of a nature reserve.

The underground part of the fortifications consist of a system of corridors, tunnels and rooms (with a total length of 32 km); there are also above-ground bunkers. The complex was built by the Germans in the 1930s and during World War II. (PAP)