Good Wifi Hunting: Ethnologist on the Machiguenga Indians - They Have Wi-fi, but on Weekends They Prefer to Go Hunting 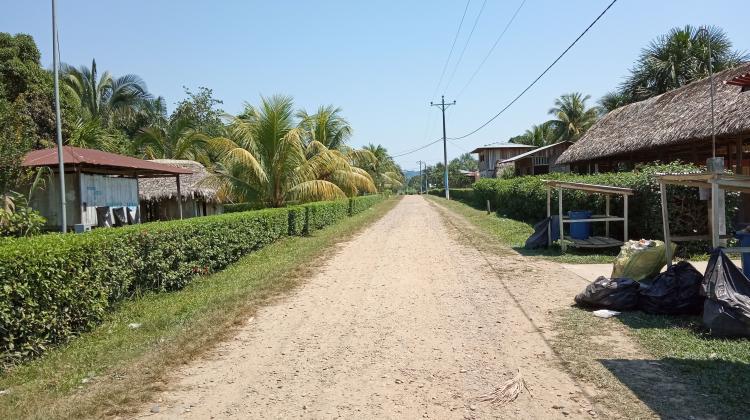 The Machiguenga Indians from the Amazon have recently started to work full time. However, they usually spend the whole weekend hunting in the jungle. They like wild animal meat and being in the forest. Ethnologist Kacper Świerk talks about the changing habits of the Amazon Indians.

The Machiguenga inhabit a vast area of the Peruvian Amazon in the Department of Cuzco, north of the famous Inca city, Machu Picchu. It is a small group of just over 20,000. Ethnologist Kacper Świerk, who carried out a research project under the scholarship of the Centre for Andean Studies of the University of Warsaw, lived among them for several months in 2019.

`For the majority of Peruvians, the Lower Urubamba basin inhabited mainly by the Machiguenga is considered an area far from civilization - there are no cities or roads. Still, it is currently the richest district of Peru`, says Świerk.

In recent years, significant changes have occurred among the Machiguenga community in connection with the extraction of natural gas in their area. Now many Indians have cell phones, and there is even wi-fi at the medical point in the village of Nueva Luz, where the ethnologist lived with the Machiguenga. Several stone buildings have been built, and some residents have TV sets. District authorities finance various development projects thanks to profits from the extraction of natural gas, for example, in Nueva Luz, all village residents are supplied with communal water via a water supply from a hill across the river.

`Some residents complain that their children do not learn to swim, because they wash in the shower, and not - as in the past - in the river`, says Świerk.

Currently, many Machiguenga have paid, full-time jobs. For example, they work on aqueduct maintenance. In the past, only teachers and village paramedic received salaries, and the rest of the community lived off cultivation, hunting, fishing and gathering. To a limited extent, they also carried out trade exchanges or were irregularly hired as workers by various outsiders. Many villagers have already visited the capital of Peru, Lima and other distant regions of the country, which was uncommon a decade ago.

`It would seem that huge changes have occurred here. However, my observations after a few months among the Machiguenga are not so obvious. Many attitudes or ways of experiencing and understanding the world have not changed significantly. For example, although they have full-time paid jobs today, the Machiguenga highly value the meat of wild animals, and the hunt itself. That is why on Saturdays they set out to hunt and return on Sunday night`, the ethnologist says. Świerk adds that the Machiguenga are very skilled hunters. They even imitate animal voices to lure their prey. Some still use bows and arrows to hunt.

“These people believe that animals can take revenge on the hunter, for example, cause various kinds of diseases, and not just injure the hunter during the hunt,” adds Świerk.

Knowledge of myths and traditional songs is also slowly disappearing. “However, there are still those, and not just old people, who can tell stories or sing,” he adds.

“The number of newcomers is growing among the Machiguenga. The number of mixed marriages is also increasing. To the ethnologist`s eye, it seems that the Machiguenga from Lower Urubamba are slowly entering the path of what in traditional 20th-century anthropology was called acculturation. But I think this process will not end quickly. It will continue for many generations. It cannot be excluded that the Machiguenga will become a modern, but still separate, ethnic minority retaining its identity,” he concludes.