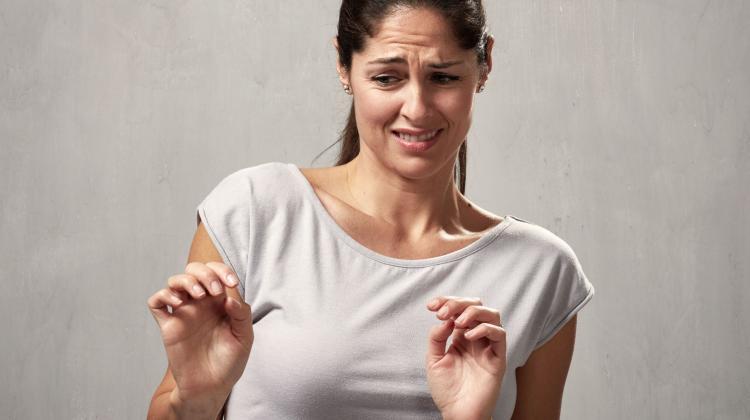 Being one of the basic emotions, researchers have found that although it manifests itself differently in different cultures, it is nonetheless women who are more prone to experience disgust.

Now psychologist Michał Stefańczyk from the University of Wroclaw will carry out a series of experiments to find out why.

As an advocate of evolutionary psychology, he told PAP that when it comes to explaining the mechanisms associated with people's levels of disgust, the roots are mainly associated with our body's defence mechanism.

Evolutionary psychology can also explain why it is more difficult to cause disgust in men.

By exposing himself to potential pathogens, man demonstrates that he has a strong immune system. For a woman, this means that he will be a good partner and future father of a child.

Stefańczyk will conduct four experiments on large samples, verifying the hypotheses about disgust differences in the context of self-presentation, looking for a partner, caring for a child's health and atavistic gender roles.

In one of them, the psychologist will try to confirm that gender differences in the context of disgust are largely based on parenthood and the fact that women spend more time with children and that they are more important for them. When raising children, they must show disgust in specific situations, so that the child can learn what to avoid.

Stefańczyk also assumes that in the presence of children, parents are more sensitive to disgust than without children present, and than childless persons. It is to be related to upbringing and parental care (probably instinctive) for the child’s proper adaptation to the environment and its survival.

He said: “Interestingly, women are more sensitive to disgust than men, even though their immune systems are stronger. Where does this come from? The answer is unclear, because so far scientists have not paid much attention to gender differences during disgust research.

“Wrongly so, because such large gender differences are very rare in psychology.”

“Squinting, withdrawal, narrowing of the nose. This is a form of blocking access to the inside of our body.”

He added that disgust is sometimes confused with fear, but they are very different emotions.

In addition, he says that disgust is connected to associations.

He said: “It is better not to come in contact with an object that disgusts us, because it can harm us. Would you mix up a soup with a used fly swatter that has been sterilised?

“Probably not, even though nothing bad would happen to you. This mechanism can be described as: once touched, always dirty, and it perfectly describes the feeling of disgust.”

Stefańczyk will be funded by the Ministry of Science in the Diamond Grant competition.