Snow Joke! Less Snow in Winter in Poland is a Result of Climate Change 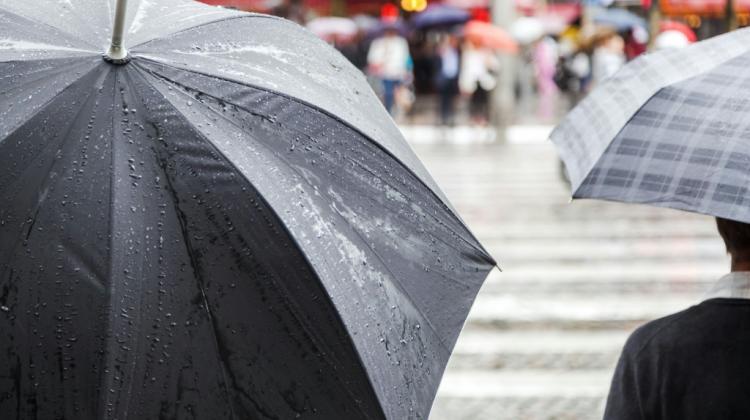 Because of climate change there is less snow and more rain in winter in Poland, according to research based on analysis of data collected everyday for over 50 years from 50 weather stations in the country.

Climatologist Dr. Ewa Łupikasza from the University of Silesia said: "There are significant changes in the form of atmospheric precipitation, for example in winter there is less snowfall, but rainfall is more frequent.

“In spring, both the amount of solid (snow) and mixed precipitation (rain and snow) decreases.

“These are statistically significant, very clear changes, which confirm that an increase in temperature strongly affects the form of precipitation.”

Her findings are the first conclusions from the project "The response of snowfall and rainfall to contemporary climate changes and the circulation of the atmosphere in Europe", co-financed by the National Science Centre.

She said: ”The research is based on data collected by weather stations across the country. These are very detailed data: since 1966, several times a day (typically every 3 hours) each of these stations performs meteorological measurements and records the occurrence of so-called meteorological phenomena, including precipitation.

“It is recorded whether precipitation occurred and in what form, e.g. rain, snow, graupel, etc. This information is coded in the form of synoptic messages, so our first task was to decode these records and then analyse them.”

Atmospheric precipitation is a key element in the Earth`s eco-system, one that determines the course of many environmental processes and conditions human life. In some regions snowfall is the primary source of drinking water; on a global scale, snow and ice are an important share of drinking water.

The occurrence of individual precipitation forms (rain, snow or sleet) is affected by air temperature.

Dr. Łupikasza said: "The impact of contemporary global warming on changes in rainfall and snowfall has not been analysed in Europe on a continental scale based on observation of meteorological phenomena (although few attempts have been made to estimate the occurrence of snowfall based on air temperature).

“Determining these relationships is important. Changes in total snowfall and its frequency, among other things, determine the development of snow cover, which affects the radiation balance (change in albedo) and determines how much energy remains in the Earth`s system.

“The shorter snow cover, which occupies smaller areas, contributes to an additional increase in air temperature. In addition, snowfall indirectly determines the possibility of snowmelt floods.”

To date, researchers have collected and pre-analysed data for Poland. "Of course, we intend to expand our research because our goal is to develop data for Central Europe,” Łupikasza said.

“So far, we have collected data for Germany and the Czech Republic, we will probably also get data from Norway and Austria, but not all of them are of sufficiently good quality to include them in our research.

“A certain problem across Europe is the short time range of available weather data, covering the last 20 years, starting in 2000, and much longer data series are needed in climate change research.”

In addition to identifying the relationship between temperature and precipitation, scientists are also studying their relationship with atmospheric circulation, meaning all kinds of movements in the atmosphere, including wind, the direction of which depends on the distribution of baric systems (highs and lows).

"The distribution of high and low pressure centres determines air advection, the direction of its inflow over a given area, which also affects the form of precipitation. The temperature itself also depends on the circulation of the atmosphere. Our first results show that the direction of air inflow over Poland also significantly affects whether rainfall takes the form of rain or snow. A detailed analysis of these relationships will be the next subject of our research," Łupikasza said.

The project is expected to end in autumn 2020.

Łupikasza said: ”As part of the project, we also intend to study the importance of air temperature distribution in the vertical profile between cloud and ground surface for the form of precipitation.

“The results of this research will help assess the conditions causing rainfall when the air temperature in the surface layer (2 m above the ground) falls below 0 degrees Celsius, and snow when this temperature is positive.”