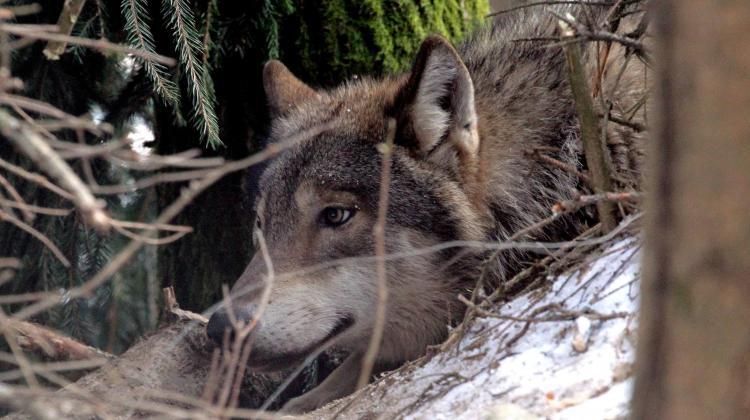 In most countries of Central Europe, wolves were exterminated at the turn of the 20th century. Now they are recolonising extensive parts of their historical range with an increasingly dynamic expansion in western Poland, from where they also reach Germany, and from there the Netherlands, Denmark and Belgium.

A team of scientists led by Dr. Robert Mysłajek from the Institute of Genetics and Biotechnology of the Faculty of Biology at the University of Warsaw analysed over 2,300 samples of wolf faeces, urine, fur and tissue fragments of dead wolves to get a better genetic understanding of their origins.

Extracting DNA from each sample, the researchers analysed 13 highly variable microsatellite nuclear genome sequences and a mitochondrial genome fragment and identified a total of 881 wolf genotypes.

The results confirmed the genetic diversity of the Carpathian, Baltic and Central European wolf populations and also indicated the presence of a genetically distinctive population in the region of Roztocze, which is an extension of the wolf-inhabited forest belt along the Belarusian-Ukrainian border.

The results also showed that traditional beliefs about patterns of wolf settlement in a given area were incorrect. Traditionally, a wold would inhabit places where they were brought up.

”The reality, however, turned out to be more complicated." says Dr. Mysłajek. "We have found, for example, that the wolves that recolonised the Sudetes came from the Central European lowland population of this species, not from the Carpathians."

The scientists say the study is important for the protection of the species.

Co-author Dr. Sabina Nowak, President of the Association for Nature "Wolf" and a member of the Large Carnivore Initiative for Europe, a group of experts advising the European Commission on large carnivores, said: "The European Commission has long recommended the introduction of cross-border species protection plans, taking into account the ranges of individual subpopulations.

"Thanks to our analyses, the work on recommendations for the protection of individual wolf subpopulations will be much easier.”

The research was financed with a National Science Centre grant and the publication was co-financed by the University of Warsaw.