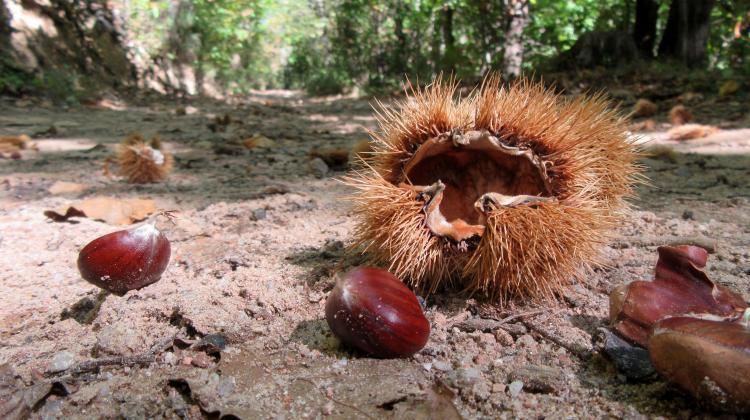 Chestnuts are not abundant every year. Credit: Fot. Catherine Preece

An international team of scientists have come up with a theory to better understand the irregularity of when trees produce seeds, and to determine if the trees ‘communicate’ with each other.

Oaks, pines, rowans and beeches as well as olives and almonds usually form seeds once every few years. Others can take longer.

Dr. Michał Bogdziewicz from the Adam Mickiewicz University in Poznań and co-author of the study in Nature Plants, said: "There are years with almost no acorns, just like there are years when there are so many acorns that whole forests are covered with them. In addition, if oak has a seed year, this happens not in one forest, but across the country or across Europe.”

To find out whether the irregularity is down to ‘fat and lean years’ or ‘communication’ the international team led by Marcos Fernandez-Martinez from the University of Antwerp studied over 200 plant species from around the world showing such inter-annual variability (the greater the variability, the harder it is to predict whether seeds will be abundant or not in a given year).

THE BETTER THE AVAILABILITY OF RESOURCES, THE MORE REGULARITY

Fernandez-Martinez said: "We checked the level of resources such as nitrogen and phosphorus in the tissues of individual plants. We compared it with the seed years variation.”

The scientists found that the better a given species handles the extraction of resources from the environment, the greater the regularity of seed formation. If a tree produces a lot of seeds in a given year, it loses valuable resources in the form of nitrogen or phosphorus, which means that it must begin to gather them again, which can take several years. And the more valuable resources there are in the environments, in which a given species lives, and the better the species is at obtaining these substances, the greater the regularity of seed production. 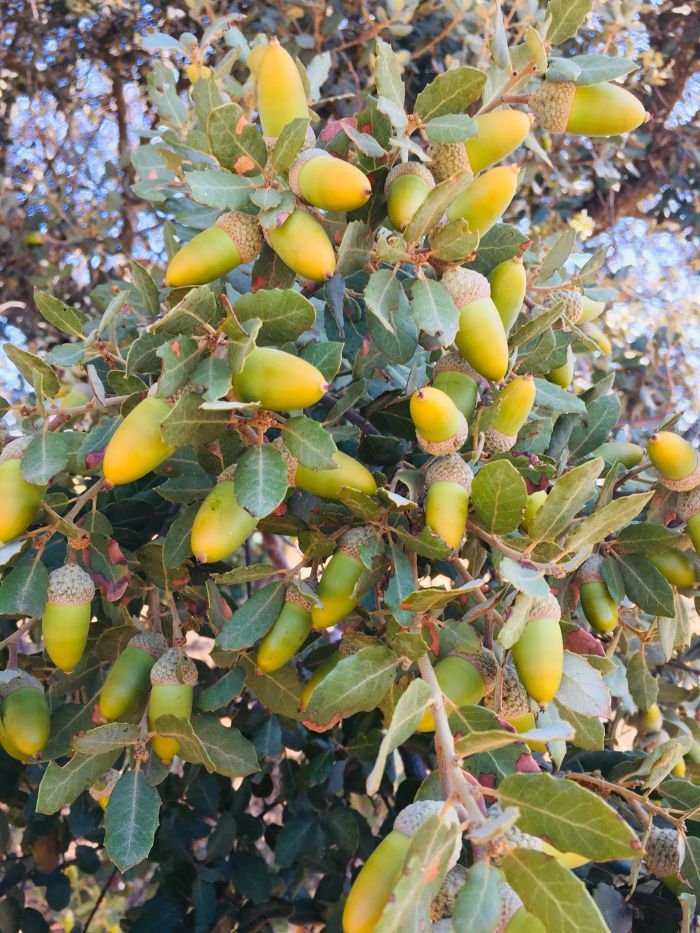 Acorns do not appear on evergreen oak (Quercus ilex) every year. But when the seeds do appear, it is on the trees of this species in a large area. Scientists studied the evolutionary basis of this phenomenon. Credit: Michał Bogdziewicz.

"Therefore, this reproductive strategy evolved as a response to the limited availability of resources such as nitrogen and phosphorus," Fernandez-Martinez said.

WEATHER COMES WITH TIME? OR MAYBE THE OTHER WAY AROUND?

When asked how all plants in a large area know that they should produce seeds in a given year, Dr. Bogdziewicz says that there are many hypotheses. One of the most popular hypotheses assumes that weather is the synchronizing factor. First, plants have a break from seed production, because they accumulate resources. And when they are done, they wait together for an external signal that it`s time to release the seeds. "It is believed that plants of a given species read weather hints together, for example if the temperature in a given year is higher than the average from previous years, they produce hormones that cause flowering," he said.

He added: ”Plants that miss the cycle have a problem. Such an individual is then the only one in the whole forest that has seeds. All animals converge to eat these seeds. And thus the chances drop that the individual will survive or that its seeds will sprout.”

In turn, when all individuals in a huge area produce seeds at the same time, the animals will not be able to eat all the seeds. The chance of each individual to transfer genes to their offspring increases.

Dr. Bogdziewicz pointed out that animal cycles are also associated with the cycle of seed years. There are periods when after more seed years, more rodents, more pests and more parasites such as ticks appear (and thus, more people with Lyme disease as well).

ORCHARDS AND FORESTS. ANTICIPATE THE ABUNDANCE

For now it is difficult to predict whether a given year will be abundant in seeds or not. Even in spring when there is an abundance of flowers on the trees, it is not certain that this will translate into a crop of seeds.

"If we can understand the mechanisms related to the abundance of seeds, we will be able to anticipate the arrival of a seed year in advance. Then we can adjust forest management to this cycle and plan forest logging and forest planting processes accordingly," Dr. Bogdziewicz said. For example, if an abundance of seeds is expected in a given year, felling can be planned to optimise the forest renewal process.

The scientists say that by understanding the mechanisms that physiologically govern the phenomenon of seed production, we may also be able to learn to control it. If we know how to cause faster seed production in some trees, in fruit-growing industry it may translate into more stable earnings from the sale of fruit or seeds, for example almonds or olives.