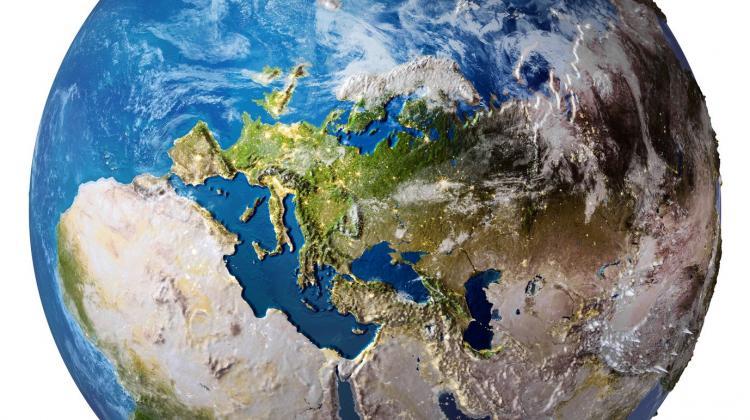 Biodiversity could be the answer to eliminating hunger, providing access to water, combating climate change and even gender equality, say scientists.

Writing in the journal Nature Sustainability, the team from Poland, Sweden and the UK argue that biodiversity is crucial for sustainable development.

Lead author Professor Malgorzata Blicharska from the Natural Resources and Sustainable Development Programme at Uppsala University (UU), said: "People benefit from biodiversity in many ways that are easy to overlook or simply ignore.

“For example, diversity of pollinating insects guarantees pollination and crops, on which a third of global food production depends. Various microorganisms contribute to waste disposal. Many other species have inspired people to develop new products or methods that allow them to obtain these products."

Biodiversity is the diversity of organisms within species, between species and at the ecosystem level. Biodiversity includes both rare and very common species, living in the wild, used in agriculture, horticulture and animal husbandry.

The researchers reviewed numerous previous studies to assess biodiversity`s positive impact on the goals of the 2030 Agenda for Sustainable Development. Development is "sustainable" when it helps meet the current needs without compromising the ability of future generations to satisfy their needs. In addition to the consequences of various activities on a local scale, it is also important to look at sustainable development on a global scale, the authors of the analysis note. They explain that the actions of people on one part of the planet affect the ability of other people living in remote areas to meet their needs.

Preserving biodiversity can help achieve most of these goals, not just the two most obvious ones: Conserve and sustainably use the oceans, seas and marine resources for sustainable development (Goal 14), Protect, restore and promote sustainable use of terrestrial ecosystems, sustainably manage forests, combat desertification, and halt and reverse land degradation and halt biodiversity loss (Goal 15).

"In our work, we focus on the utilitarian significance of biodiversity reflected in the remaining fifteen sustainable development goals," Prof. Mikusiński said.

Biodiversity influences the achievement of goals directly and indirectly. It can play a role in eliminating global poverty, among other things because it provides resources, revenues, and maintains the productivity of ecosystems. In the case of another goal, which is combating hunger and ensuring food security, biodiversity translates into higher quality diet, maintaining soil fertility, pollination of crops and pest control, as well as maintaining the productivity of marine ecosystems.

Another example is good health and well-being (Goal 3). In this case, biodiversity guarantees access to medicinal substances, vitamins and microelements; reduces stress (e.g. due to access to green areas), affects immunity (in humans, it depends also on the composition of the intestinal microflora), improves water and air quality, reduces water and air pollution, and reduces summer temperatures in cities.

Biodiversity also provides access to stable, sustainable, modern energy sources at an affordable price. This is because it ensures the existence of heat and energy sources, and also reduces energy consumption itself, for example by providing coolness, shade and shelter in summer.

In the case of Industry, Innovation and Infrastructure (Goal 9), biodiversity is a source of green infrastructure. It also allows to increase the strength of the so-called grey infrastructure (including sewage and water treatment plants).

Scientists even talk about the importance of biodiversity in the context of achieving gender equality and empowering women and girls (Goal 5). Biodiversity is especially important in traditional societies, where the role of women as a food providers is very strong. Currently, the agricultural landscape in many parts of the world is dominated by monocultures (e.g., the cultivation of oil palm or khat used to produce a drug in Africa), and the role of women has decreased. They became more dependent on men selling crop products.

The authors of the study draw attention to the complexity of the relationship between biodiversity and sustainable development. In their view, this creates the risk of overlooking these relationships or of taking wrong action, albeit with good intent. For example, when compared with developing countries, many developed countries have much stronger economies despite the smaller biodiversity. However, this paradox is easily explained by recognizing that the development of one country is at the expense of another`s biodiversity. The authors of the publication give the example of Great Britain, the world`s second (in 2015) net importer of forest products (including timber).

Professor Malgorzata Blicharska: ”This combination of socio-economic and environmental impacts means that in order to maintain biodiversity and development on a global scale, national, cross-border and international activities are necessary.”

The authors of the publication note that although people greatly benefit from biodiversity in many areas of life, the diversity of organisms decreases at an alarming rate. The study co-lead author Richard Smithers warns that "we are currently fulfilling our wants and desires in ways that mean future generations will be unable to meet their basic needs."

The authors also note that if the trend of biodiversity loss continues, future generations are unlikely to forgive how we have destroyed biodiversity and compromised their lives.

Professor Blicharska together with Richard J. Smithers from Ricardo Energy & Environment are the lead authors of the article. Co-authors are Professor Grzegorz Mikusiński from the Institute of Ecology of the Swedish University of Agricultural Sciences (SLU) and other experts from Stockholm Environmental Institute and Cambridge University.