Huge 7,000-year-old structures resembling a massive crop circle has been spotted in a field near Łysomice (Kujawsko-Pomorskie).

The giant ring-shaped structure in the village of Nowe Objezierze is thought to have been used for religious rituals and is one of the oldest man-made structures in Europe.

Looking for traces of ancient human activity they spotted two circular outlines about 85 m in diameter about 5 km from each other.

Each ring consists of a system of three oval ditches with a common centre. 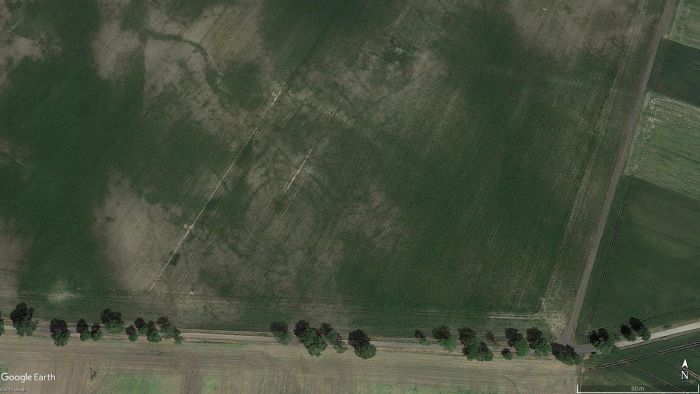 One of the structures (called a roundel, which refers to the circular shape) has visible gaps in the ditch system. These could have been entrances to the object, scientists say.

Sosnowski said: ”It is also interesting that the probable entrances are located exactly opposite each other, on the north-west - south-east axis. We believe that they may also have been associated with astronomical observations."

According to the archaeologist, the entrances are probably directed towards the rising sun during the winter solstice. "Further analysis will be needed to confirm this hypothesis," he said.

To date, more than 130 roundels have been located in Europe, a third of them in Austria. The rest are in today`s Hungary, Slovakia, the Czech Republic and Germany. In 2014, only three such structures were known in Poland. Currently, there are now 10 known roundels. 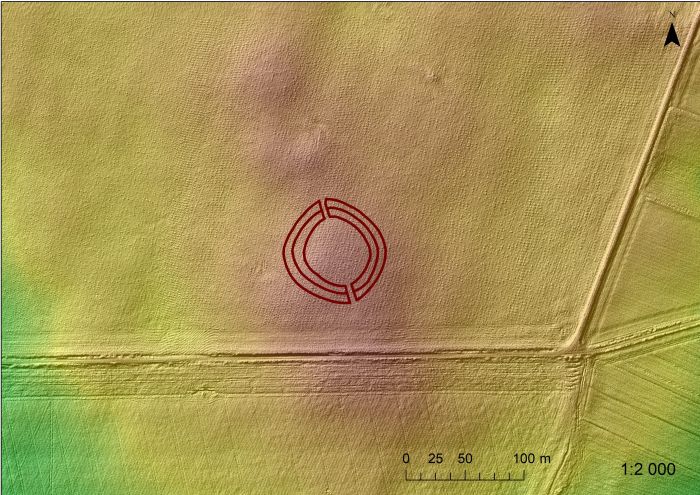 Roundel in Tylice, hypsometric plan with the outlines of the ditches of the discovered object (credit: J. Czerniec).

Sosnowski said: ”Our discovery can be called sensational due to the fact that the roundels are located east of the Vistula River. These are the northeasternmost structures of this type in Europe. We did not expect such a discovery in this area.”

Roundels were built by communities that were the first in Europe to grow crops and farm animals. At the time the roundels were thought to have been built in 4,800 BC, the area was one of the furthest north-east regions, where knowledge of agriculture reached.

Until recently, archaeologists believed that the area of Chełmno Land was not very densely populated by the first farmers. The latest findings will force them to review existing concepts. "Such large structures had to be planned and built by a large group of people," Sosnowski said. 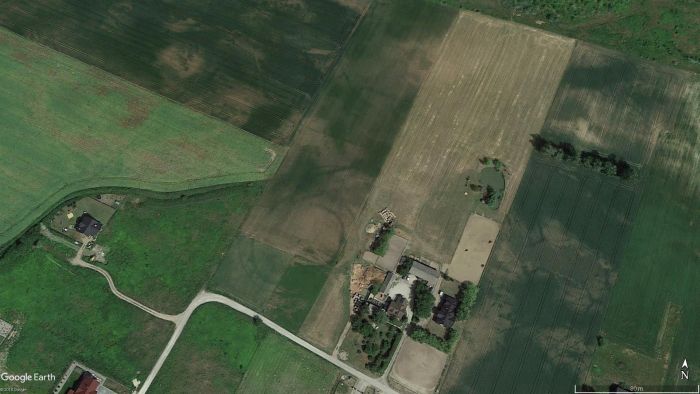 The archaeologists also found fragments of ceramic vessels from the early Neolithic period, the time when roundels were built. 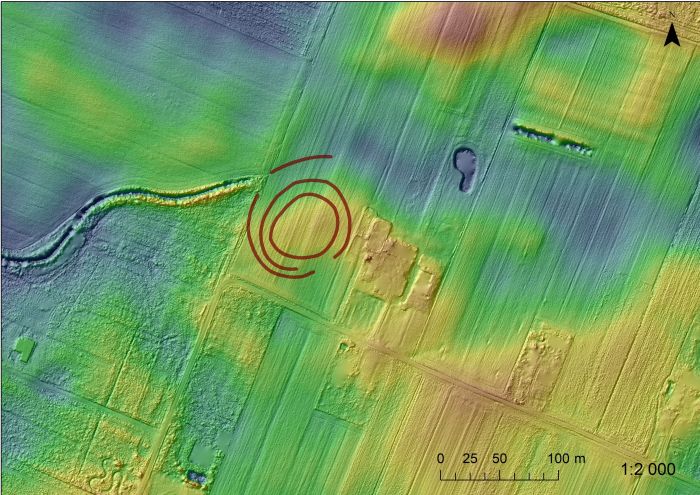 Roundel in Łysomice, hypsometric plan with the outlines of the ditches of the discovered object (credit: J. Czerniec).

Roundels are the oldest examples of monumental architecture in Europe. Archaeologists believe that they served as ceremonial centres, temples or places of assembly. They were surrounded not only by concentric ditches, but also by palisades, so they could also have defensive functions.