Gdańsk Professor Warns of Dangers in Releasing Drugs into the Environment 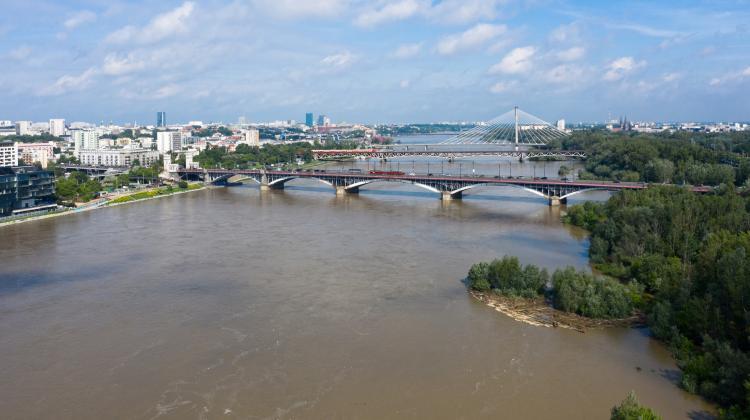 The amount of medicines that end up un the natural environment is growing. They harm living organisms and although people are safe for now, it does not always have to be this way, Professor Piotr Stepnowski, a chemist from the University of Gdańsk and vice-rector of this university says in an interview with PAP.

Professor Stepnowski is winner of the 2018 Hevelius Scientific Award of the City of Gdańsk in the category of science and natural sciences. The Gdańsk researcher was awarded for "outstanding scientific achievements in chemical analysis and assessment of the negative environmental effects of residues of pharmaceutical substances and ionic liquids".

PAP: Is the presence of medicines in natural reservoirs and watercourses a big threat? After all, the concentration of these substances is low.

Professor Piotr Stepnowski: Our still limited knowledge about the presence of pharmaceutical substances in the aquatic environment does not allow us to clearly define the scale of the problem. We find beyond any doubt, however, that the drugs excreted by us, in both unchanged and biologically processed form, get into the environment and may remain there for a long time. They can also cause specific toxicological effects. We are talking about low concentrations, expressed in nanograms per litre. But remember that drugs are designed to cause specific biological effects, hence their presence even in relatively low concentrations can affect living organisms.

PAP: Which substances are most often detected?

PS: The number "one" is over-the-counter diclofenac, a non-steroidal anti-inflammatory and analgesic drug available in various pharmaceutical formulas. Another commonly detected compound is the antiepileptic drug carbamazepine, which is characterized by very high stability and resistance to biodegradation. When analysing environmental samples for the occurrence of drugs, naproxen, ibuprofen, antibacterial sulfomethoxazole and oestrogen hormones such as estriol, estradiol, ethinylestradiol are also often found.

All these substances have specific biological effects, both those corresponding to the original purpose of the drugs, such as antibiotics acting on bacteria, and completely unexpected actions that no one had anticipated when designing the drug. It is worth remembering the tragic case of extinction of a large part of the population of the white-rumped vulture that fed on the carrions of cattle, which had been given prophylactic diclofenac. It turned out that this substance - a painkiller for mammals - was deadly toxic to birds.

It has also been proven that oestrogen hormones present in waters, even at low concentrations, can lead to the progressive feminisation of males in some species of fish, loss of their fertility, and thus the disappearance of a large part of the population. In turn, the antibiotics entering the environment contribute to the increasing global antibiotic resistance of bacteria. It has been proven that the genes of this resistance in bacteria living in wastewater treatment plants multiply and inevitably get into the environment.

PAP: Is there any risk to people, for example related to drinking water?

PS: I think at this stage not yet. In groundwater, i.e. sources of drinking water, the concentration of pharmaceutical substances is negligible. In surface waters it is slightly higher, however, drinking water from these sources is treated, and the treatment systems are capable of removing all such micro-pollutants. However, we can see that drug concentrations in the environment are rising. Their amount could become disturbingly high over time even in groundwater.

PAP: How does the situation in Poland compare to other European countries?

PS: Our country is similar to other countries in Europe and beyond. It is worth mentioning the relatively high concentration of drugs at the mouths of Pomeranian rivers. Aquaculture (e.g. fish farming - PAP) is carried out in many of these places with periodical use of pharmacotherapy, for example anti-parasitic drugs.

We also monitored the effects of the Czajka sewage treatment plant failure because the main source of drugs in the environment is municipal sewage. Shortly after the failure, the concentrations of the five most common drugs were significantly higher not only in the immediate vicinity of the Warsaw collector, but also in Płock, Włocławek and Toruń.

PAP: How is this problem regulated by law and standards?

PS: The European Union Water Framework Directive watch list currently contains eight medicines, including antibiotics and hormones, but monitored of these substances is not compulsory. The inclusion of drugs, however, shows that the European Commission is now more aware of the problem of the increasing detection of drugs in the environment.

The introduction of environmental quality standards for drugs in surface waters is a matter of years. Firstly, it requires a lot of consultation between member states. Secondly, the Water Directive itself would need to be updated. The process of implementing EU law into national law is also a long-term operation.

We can see that drug concentrations in the environment are rising. Their amount could become disturbingly high over time even in groundwater.

At the moment, only unsystematic contributory monitoring studies are carried out, resulting from the implementation of projects or inter-laboratory comparisons. One should believe that these matters will be regulated in the next few years precisely with the use of new knowledge, which my team, among others, provides into the international circulation of scientific information. We want to be able to recognize environmental problems before an ecological disaster occurs. It makes prevention easier. Today we know that conventional wastewater treatment plants are not always effective enough to remove pharmaceutical substances from wastewater. This should be considered a serious appeal to technologists in the field of environmental engineering to improve the currently used wastewater treatment technologies.

Professor Piotr Stepnowski is the head of the Department of Environmental Analysis at the Faculty of Chemistry of the University of Gdańsk and Vice-Rector for Science at the University of Gdańsk. He is also the author of over 200 scientific articles published in international scientific journals, and 3 academic textbooks. He promoted 14 doctors. He is a member of the Consultative Council of the Pomeranian Voivodship Environmental Protection Programme, President of the Gdańsk Agglomeration Regional Atmospheric Monitoring Agency and Vice-President of the Committee of Analytical Chemistry of the Polish Academy of Sciences.