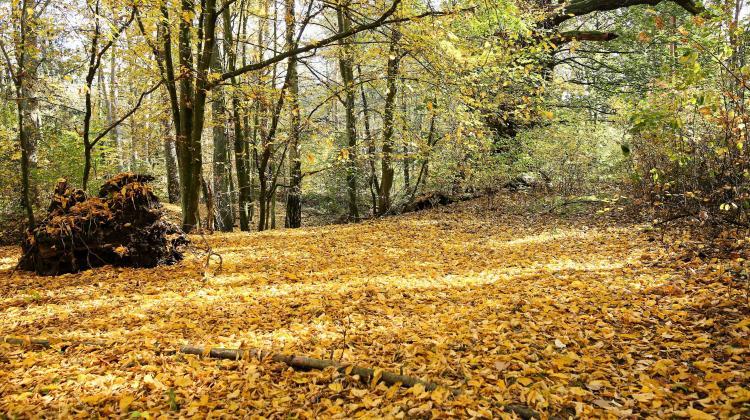 A leading scientist is urging local authorities to leave fallen leafs instead of sweeping them up as they bring many benefits.

Dr. Tomasz Figarski with the Institute of Systematics and Evolution of Animals of the Polish Academy of Sciences in Kraków says that fallen leaves are a natural organic fertilizer and leaving them improves soil quality and benefits many organisms.

The scientist said: "Falling leaves form a mulch, which accumulates and decomposes, forming an organic level of soil.

“The resulting humus supplies the soil, and consequently the plants growing in it, with nutrients.

“The leaves are therefore a natural organic fertilizer. The opposite action, thorough raking of fallen leaves, deprives the ecosystem of nutrients stored in leaves, which should return to the soil, completing the matter circulation cycle.

“Such activities, carried out for many years, reduce the vitality of the ecosystem and the plants found in it.”

He added that the layer of fallen leaves effectively retains and stores water and reduces evaporation from the soil. This is important for protecting the soil and the organisms living in it from drying out.

In addition, Dr. Figarski has pointed out that fallen leaves and the resulting humus give shelter and provide food to many organisms: invertebrates, e.g. insects and arachnids, as well as larger animals such as rodents or hedgehogs.

He said: ”Small soil organisms (nematodes, rotifers skates, springtails), although often invisible to the naked eye, play a key role in the functioning of the ecosystem and affect other trophic levels.

“Birds (thrushes, wrens, crested birds, and ravenous birds) eagerly feed on leaves, treating them as an autumn and winter pantry. Parks without leaves are impoverished ecosystems in terms of the wealth of animals inhabiting them.”

He has now urged local authorities as well as people with gardens to rake leaves only from sidewalks, alleys, bicycle paths, etc. and their immediate surroundings (2-3 m on each side) instead of taking entire parks or squares.

- Thorough raking of chestnut leaves, due to the possibility of horse-chestnut leaf miner pupae wintering in them

- Leaving leaves under trees, shrubs and in secluded, less frequented places, assembling leaves heaps with a size of min. 10 m2, which should be covered with branches as protection against being blown away by wind

- On maintained lawns - raking part of the leaves so that the others form a loose, discontinuous layer

- Installation of educational boards on the role of fallen leaves in the frequented green areas, which would have a great educational value also for private property owners. Currently, a lot of leaves end up in plastic bags as organic waste, and they should remain in the ecosystem

- Refraining from using leaf blowers to clean the leaves. Blowers contribute to increasing the problem of smog by disturbing fallen dust. A total ban on the use of these devices has been introduced, for example, in the Warsaw agglomeration. Wrocław also withdrew them

- If some of the leaves are raked, they should be composted

An increasing number of towns and cities have already introduced schemes to reduce the amount of leaf-raking including Legionowo, Wrocław, Białystok, Szczecin, Kielce and Rzeszów.

In Wrocław, the social campaign "Leaf is NOT Trash" has been going on for two years.

It is organized by the social group ZIELEŃ WROCŁAWSKA, joined by other social organizations and groups: the Warsaw Society for the Protection of Birds, the Association Resin, Fauna and Flora of Popowice and the Ostoja Nature Group.