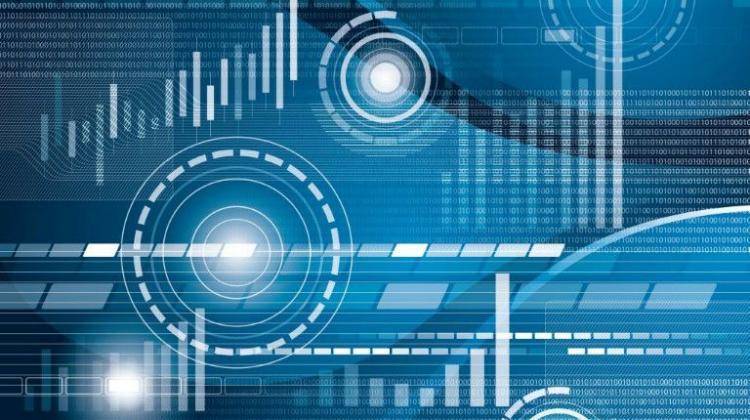 Melson's creators are students from the Robotics Science Club at the Faculty of Power and Aeronautical Engineering of the Warsaw University of Technology. Melson is 45 cm tall and weighs 2.7 kg. Most of its parts were printed on 3D printers. Advanced construction work began two years ago, and the team worked on the current software for a year. The robot debuted at the RoboComp 2018 competition in Kraków.

The project coordinator Kacper Mikołajczyk explains that at first the paths were drawn, along which the hands, feet and centre of gravity were to travel. "By using Kinect (a device using a motion sensor - PAP), Melson can imitate human movements in real time," adds Paweł Żakieta.

"Infrared sensors used to detect other robots measure the distance in three directions. Based on the measurements, the robot decides what movement to make: go forward, turn around or strike," says Larysa Zaremba.

The team from the Faculty of Mechanical Engineering of the Bialystok University of Technology won 3rd place in the NanoSumo category. In the categories MiniSumo and MegaSumo, the best constructions of SumoMasters reached the quarter finals. In the Freestyle category, their four-legged robot was 5th.

RoboChallenge in Romania is the largest robotic competition in Europe. This year, it attracted more than 600 competitors with 533 robots from 17 countries (Bulgaria, Colombia, Ecuador, France, Japan, Greece, Latvia, Mexico, Peru, Poland, Moldova, Romania, Russia, Spain, Thailand, Turkey and the United Kingdom ). It is all the more pleasing that SumoMasters are still among the top teams, says the team supervisor from the Faculty of Mechanical Engineering of the Bialystok University of Technology, Dr. Rafał Grądzki.

The team from the Robotics Science Club at the Warsaw University of Technology received financial support for the construction and improvement of their robots and for participation in competition from the Ministry of Science and Higher Education (as part of the Best of the Best! 4.0 project), the Faculty of Mechanical Engineering and the companies Wenglor and Faulhaber.