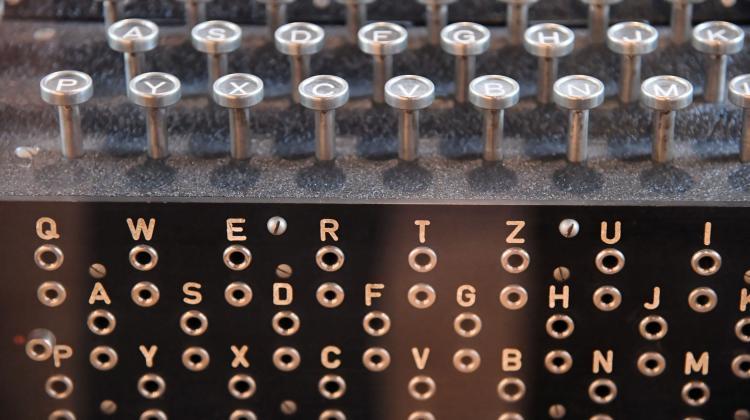 On Sunday in St. Andrew Bobola Church in London, a plaque commemorating Polish mathematicians who helped crack the Enigma code has been unveiled in London.

The plaque, made of bronze and financed by the Polish Embassy in London, was unveiled by Polish Ambassador Arkady Rzegocki at the St Andrew Bobola Church in memory of scientists Marian Rejewski, Jerzy Różycki and Henryk Zygalski.

Speaking at the event, the ambassador said: “On the eve of Polish Independence Day, we gathered today to honour the achievements of those whose skills, persistence and sense of mission helped shorten the greatest armed conflict in human history.”

He added that this 2019 is not only the 80th anniversary of the outbreak of World War II, but also of the cryptologists sharing their knowledge with the French and British, which took place just before the outbreak of war.

"Today`s ceremony is another very important step towards the dissemination of knowledge about the history of the Polish contribution to the Allied victory in World War II,” he continued.

“The discoveries of the heroes of today`s ceremony contributed to saving millions of lives. May this plaque remind us and future generations about their sacrifice, and may the efforts of Polish mathematicians and their cooperation with the British and French be an important reference point for building even closer relations between our nations.”

The unveiling of the plaque at the church follows that in 2002 at Bletchley Park, the British cryptologists` headquarters during World War II, when a plaque was unveiled saying that Rejewski, Różycki and Zygalski were the first to crack the Enigma code.