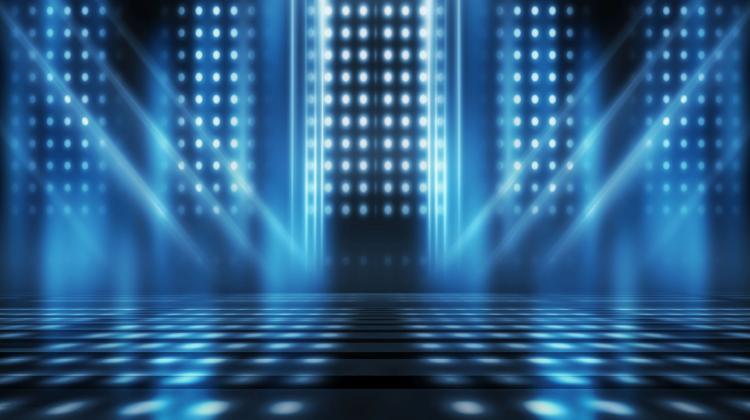 A Kraków scientist has come up with an innovative new method for ‘trapping’ atoms with laser light – and zero temperatures.

Traditionally, lasers can be used to make gas atoms behave like crystals or metals which in turn allows scientists to easily simulate unknown materials, study their properties and, for example, search for superconductors.

By studying ‘unruly objects’ on a macro scale, we can put them in traps that are difficult to escape from.

For example, eggs are sold in cardboard boxes for the simple reason that they won’t roll out.

The same principle applies to the micro world and atoms. But instead of boxes as traps, researchers use laser light and temperatures close to absolute zero.

Now, Dr. Mateusz Łącki from the Jagiellonian University, along with colleagues from the University of Innsbruck in Austria, has developed a new way to shrink these light "traps" and slightly raise the temperature, in which they still work well.

As a result, it will be easier to spy on these quantum "costume balls".

Dr Łacki told PAP: "We study systems of cold gas atoms. We manipulate them with lasers.

“The point is that such a system simulates other physical systems, whose properties we want to study."

Publishing his work in the Physical Review A, the physicist says that if the cooled gas atoms are properly caught in a light trap, they will not want to change their position, because then they would have to pass through a beam of very strong light.

And they prefer to stay "in the shade". In such a trap, however, entire groups of captured atoms begin to comply with different rules than those that are intuitive to us: their interaction begins to be described by quantum physics.

And then a gas can start functioning like crystal or metal.

He said: "In such studies, the point is to be able to smoothly change the properties of the tested material and create simulators of new, still unknown materials."

Physicists assume that it will be possible to force atoms in a laser trap to pretend that they are a high-temperature superconductor.

At the moment, the scientists’ dream of a material that would be an excellent conductor at room temperatures is far from being found.

But Dr Łacki and his team hope that it might be possible to smoothly change the properties of an existing material to obtain its equivalent captured in the laser.

And then it would be easier to reproduce it as a real material.

"Perhaps in the near future, in order to design new materials, we will not depend only on complex and sometimes impossible to perform computer simulations, but instead we will build - e.g. using cold atoms - auxiliary systems that will answer fundamental questions such as those concerning new materials," the physicist concludes.