Graffiti on bus stops can save over 1 million birds say researchers, as new report shows shocking number of collision fatalities 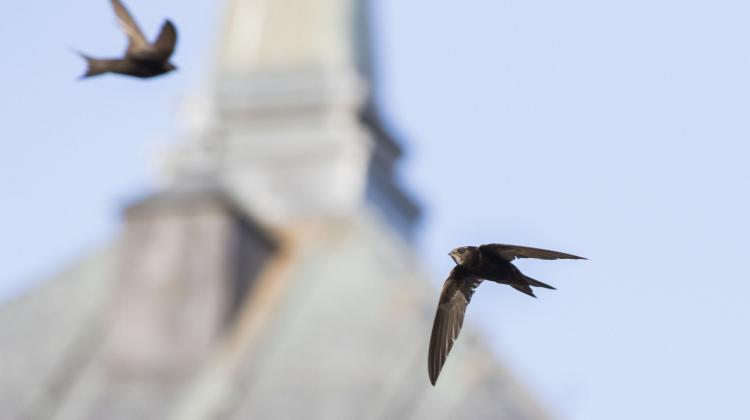 Around one million birds are killed every year as a result of collisions with glass panes in bus stops, say the authors of a new report.

According to researchers from Wrocław, Kraków and Bialowieza, transparent surfaces pose a lethal threat to birds that do not recognize glass as a physical barrier.

Birds trying to fly through a glass surface instead hit it, which usually leads to skull injuries and death.

By carrying out nearly 2,500 inspections every 10 days at 81 bus shelters in Lower Silesia, the scientists found characteristic traces on the glass, indicating a collision, as well as dead birds near the glass.

Of the 155 recorded bird collisions with bus stop windowpanes and of the dead, they also discovered several dozen different species including blackbirds, robins, sparrows, tits, and thrushes.

To reduce the number of deaths, the researchers say graffiti and dirt sprayed across the bus shelters can help save the birds’ lives.

Dr. Ewa Zyśk-Gorczyńska from the "Szklane Pułapki" ("Glass Traps") Foundation and the Institute of Nature Conservation of the Polish Academy of Sciences in Kraków, said: "The most interesting discovery was that the stops with panes covered with graffiti - as well as those covered with dust or mud - were characterized by a significantly lower number of bird collisions.

“Thanks to the activity of graffiti painters who covered a significant surface of the glass with paint, the stops became more visible to birds.

"We understand that graffiti at bus stops is generally illegal and we do not encourage vandalism.

“However, our research clearly shows that from the point of view of bird protection it is worth changing the way bus shelters are built, for example by engaging various social groups in artistic activities, or doing away with transparent materials completely.”

Co-author Dr. Michał Żmihorski added that the frequency of collisions clearly changed in an annual cycle.

He said: "The majority of collisions took place in late spring and summer. This pattern correlates well with the large number of inexperienced young birds leaving nests during this period," he notes.

"Extrapolation of our results to the whole of Poland suggests that about a million birds may be killed every year as a result of collisions with the glass panes of bus stops. This is a very serious cause of their mortality."

The findings were published in the journal Landscape and Urban Planning.